Posted on Mar 10, 2014 in Health & Medicine and Molecular Biology

Scientists find the mechanism underlying the co-operative function of molecules that help repair DNA – leading eventually, to cell division. This provides insight and new target(s) for cancer therapeutics in screening drugs that trap these very molecules.

Cancers figure among the leading causes of death worldwide, accounting for 8.2 million deaths in 2012, as per WHO (via Globocan); and research in developing new ways to fight them is absolutely imperative. Towards this, a team of scientists including Yves Pommier of National Cancer Institute — NIH, USA, Benu Brata Das of IACS, Kolkatta, and others from IICB, Kolkata have shed new light on a combination of molecules (the protein PARP1, and the enzyme TDP1) as possible targets for developing novel anti-cancer therapeutics. Present anti-cancer drugs such as Camptothecin and Indenoisoquinoline target a molecule (the enzyme Topoisomerase 1 or Top1) involved in DNA replication. While DNA replication is essential to cell division, runaway replication characterizes cancer. 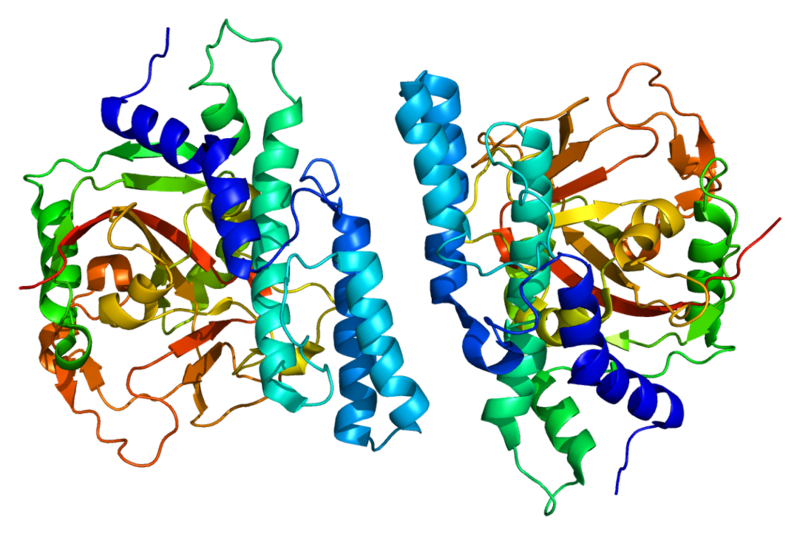 Top1, an enzyme ubiquitous in all higher eukaryotes, is essentially responsible in relaxing DNA as it coils during replication (and transcription). The drugs directed at this pathway disrupt the activity of Top1 by changing its shape and rendering it ineffective. While this results in significant amount of cell death, including cancer cells – natural cellular repair mechanisms (using TDP1) often kick-in and counteract the action of the drug. The authors of this study set out to detail the role of TDP1 in conjunction with PARP1. PARP1 was believed to be involved in the process, but the precise molecular mechanism was unknown. Using clever experimental techniques, the team showed that in addition to being ​‘epistatic’ (i.e. acting within the same pathway), PARP1 binds directly with TDP1 and forms a very stable complex. This, in turn, leads to the recruitment TDP1 of another molecule DNA repair molecule (XRCC1), at DNA damage sites. Interestingly, it is shown that the complex formed by PARP1 and TDP1 causes no change in the activity of TDP1 in its repair task, a phenomenon not usually observed with enzymes. Thus, while other pathways (such as SUMOylation and S81 Phosphorylation) exist in recruiting TDP1 for DNA repair, PARP1 (in addition to TDP1) is a crucial target for drugs that will affect the Top1 mediated DNA replication process. Being pragmatic, the authors point out that since PARP1 is essential to many other cellular processes, TDP1 is also an effective target candidate for new cancer drugs.

The work is impactful in the realm of cancer medicine – where an arduous battle is being waged – against something seemingly simple as unchecked cell division. Studies such as this will pave the way to develop combination regimens of cancer drugs – so that the cellular apparatus causing cancer can be defeated and extirpated.