Protection from mosquitoes, and the diseases they bring – we are a step closer now.

Mosquitoes have an uncanny ability to find us, even in the dark. Older studies have shown that they are aided in their search by the Carbon dioxide (CO2) we breathe out and the odorants on our skin. Now, a study led by Anandasankar Ray at University of California, Riverside, shows that the same underlying mechanism is at play in the detection of both these cues. Armed with this knowledge, they proceeded to find compounds which, by using this very same mechanism, can render us invisible to mosquitoes and also create traps that lure these pests away from us. 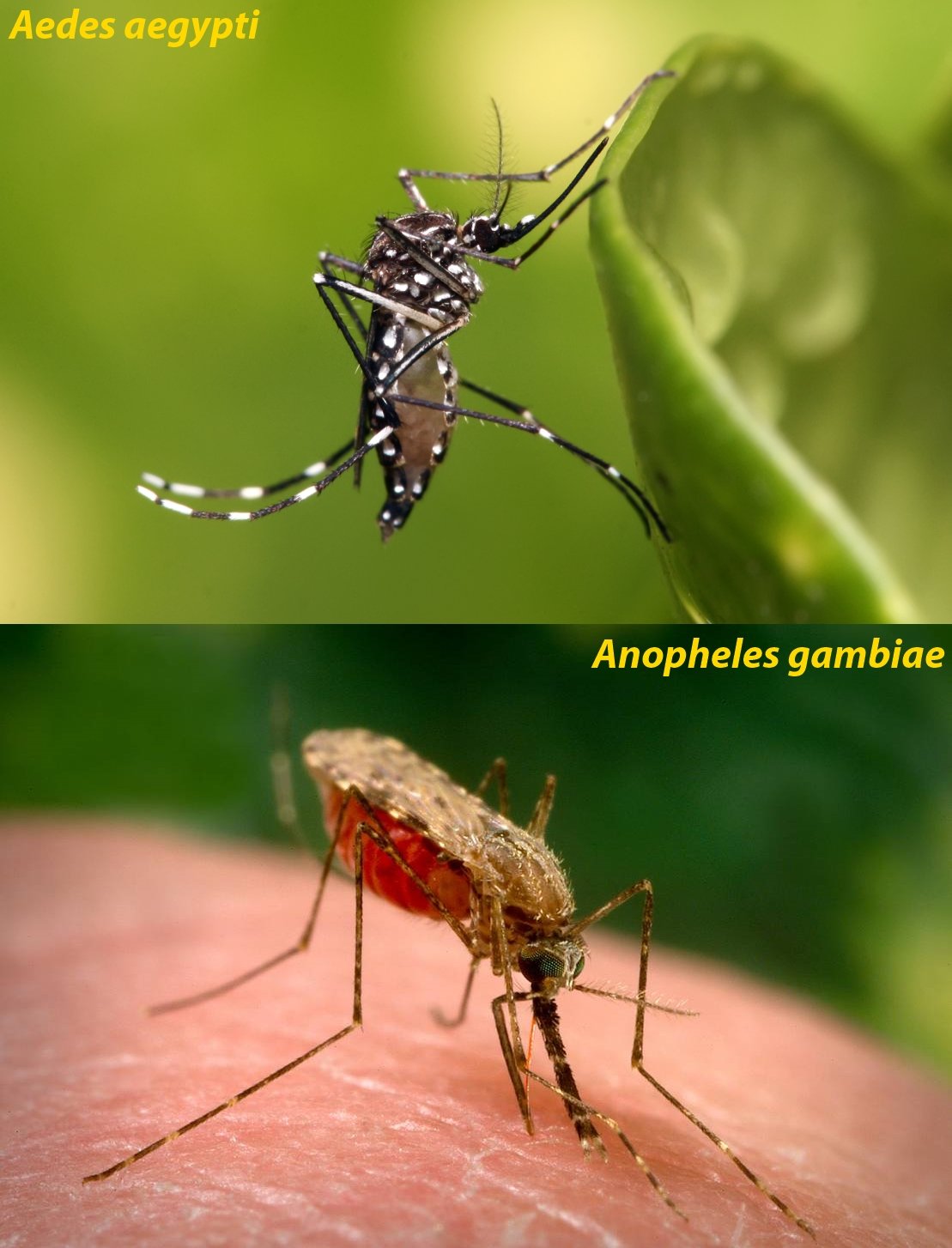 Mosquitoes hone in on CO2 plumes using a group of neurons (called cpA). In this study, the scientists find that the same group of neurons also detect human odor, which is a complex mix of sweat and other skin-volatiles (like Cyclohexanone and Butanone). Describing the biochemistry (the receptor-ligand interactions) of the process of dual-detection in Aedes aegypti& Anopheles gambiae in their paper published in Cell (Dec 5, 2013), the team noted that, remarkably, the neurons behaved identically in both of these highly divergent mosquito subfamilies. By chemically shutting down the response of the cpA neurons, they demonstrate that these neurons are key participants in mosquitoes’ attraction towards human odor.

Computational techniques were used to screen compounds – almost half a million of them – that either reduce or heighten the neuronal response to CO2 and skin odor. Of these, about 138 compounds that are safe, pleasant, and affordable, were shortlisted as potential candidates for repellants or traps. One compound, Ethyl pyruvate, isa pleasant, strawberry scented food flavoring agent,which evoked a notable reduction in how easily mosquitoes found targets. In addition, it is cheaper to manufacture than commercially available repellants – great news for people in mosquito infested areas. Another, Cyclopentanone, has a minty fragrance and is found to be highly effective in attracting mosquitoes into traps by mimicking their reaction to CO2.

The authors suggest a two-pronged approach to protection from the parasites: masking human odor and concurrently using traps. Their suggestion is less cumbersome and more environment- and health-friendly than existing methods of traps and repellants that use CO2 and Pyrethroid type compounds, respectively. Further research in this direction will lead to efficient and safe methods of disease prevention while minimizing side effects.