Posted on Apr 09, 2014 in Evolutionary Biology and Neuroscience

Ever seen an insect fly into a room, navigate turbulent air from the fan and land at the rim of your coffee cup? Ever seen one hover over a flower in the wind? The delicate and beautiful dance of its wings is choreographed in real time by feedback from its sensory systems, led by the antennae.

Insects use their antennae for a variety of functions: olfaction, gravity, temperature, airflow, humidity, and for maneuvers that require instant correction and flight control. Effective flight control, requires the insect to sense and position the antennae (with respect to its body) with precision. To better understand why, imagine that you have to touch an object next to you without looking at it. To do so successfully, you need to have prior visual information of the object’s last position, and also know where your arm currently is. We sense the (present) position of our arms via knowledge of the muscular states in the arm, and the final position is dictated by a constant knowledge of the arm’s position during movement. If everything goes well, the arm makes contact with its target. To get a clearer picture of how insects acquire information and subsequently control their antennal position, scientists at the Insect Flight Lab, NCBS (Anand Krishnan and collaborators, led by Sanjay P Sane) studied the oleander hawk moth (Daphnis nerii). They find that antennal positioning behavior in hawk moths is elicited by inputs from different sensory systems – mechanosensation and vision. 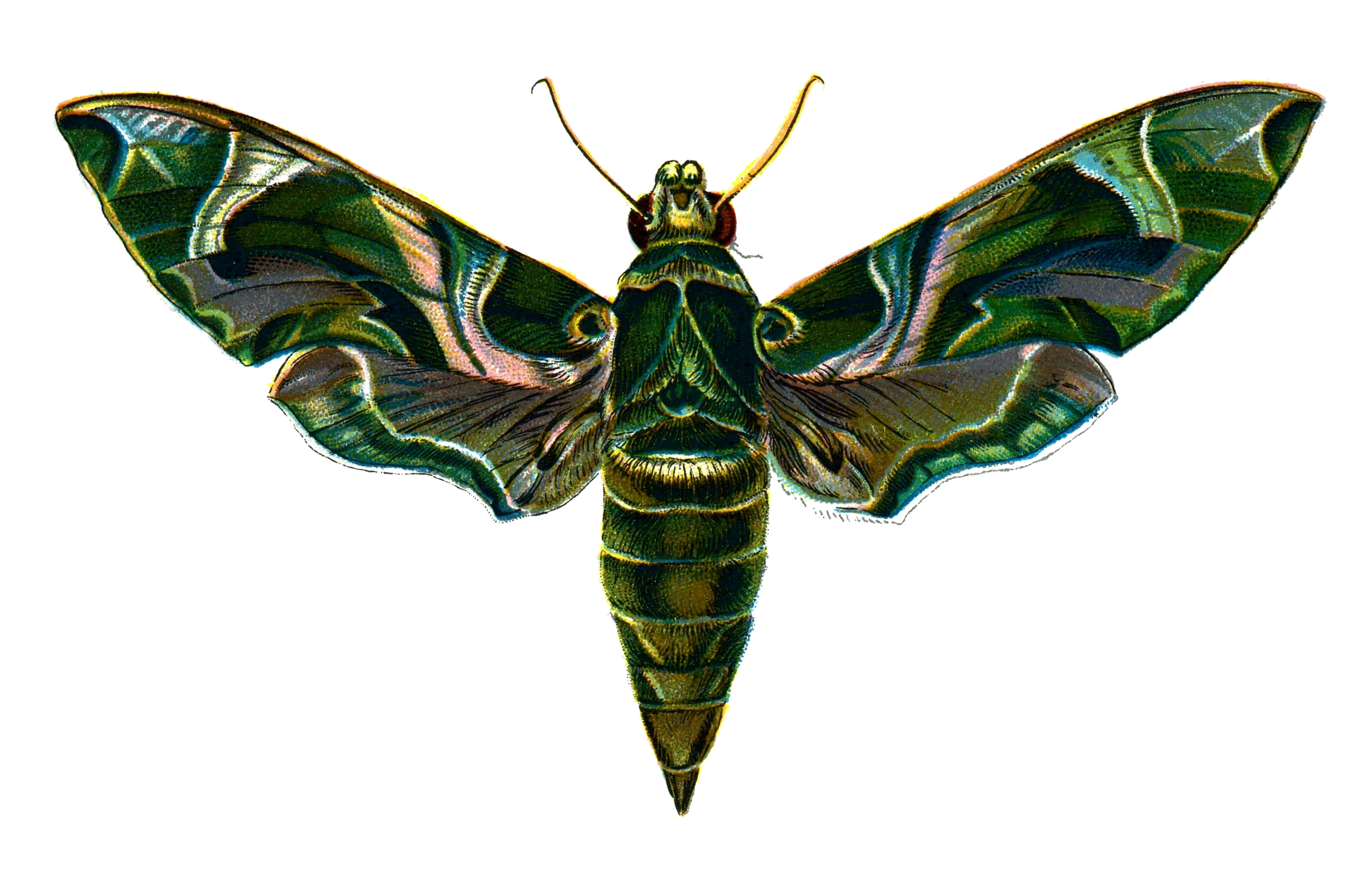 In their earlier work, the team showed that a flying hawk moth acquires mechanosensory feedback about the position of its antennae using structures called Böhm’s bristles. Böhm’s bristles are tiny hair plates located at the base of the antennae. When the antennae move, they brush against the bristles, altering their position and orientation too. This allows them to sense the current position and any change of position of the antennae (proprioception). In their experiments, the team removed these bristles and deliberately disrupted the antennal position. Subsequently, the moths could not manage to regain antennal position. Further experiments showed the neural pathways involved in this process and showed that the response (bristle stimulation to muscle activation) time was very low (at <10ms) – resembling monosynaptic reflex. Thus, it is clear that Böhm’s bristles are essential to antennal positioning in flight.The researchers propose that positioning may be essential for olfaction during flight. This work builds on even earlier work by Sane (led by Thomas L Daniel) that another organ in the antennal base responds to small, high frequency motions of the antenna such as vibrations due to sound or air flow.

What about vision then? Studies in many insects have shown that they modulate antennal position using visual cues as well – like a cricket’s antenna that can track an object moving in front of it. In their most recent work , Krishnan and Sane have shown that visual stimuli influence antennal position in hawk moths too. Their experiments help assert that an antenna responds (in a motion and direction selective manner) to visual cues, allowing the hawk moths to modulate antennal position. What is interesting is the remarkable difference between the timescale of this visual (visuo-motor) feedback (at ~35 – 60ms, about a couple of wingstrokes), when compared to the reflex-like response to mechanosensory input at Böhm’s bristles (at <10ms). It suggests that while hawk moths rely primarily on mechanosensory feedback to make quick corrections or maneuvers mid-flight, visual feedback also influences their antennal position.

With these two studies adding to our prior knowledge, the authors conclude that both vision and mechanosensation combine to modulate flight. Their research enriches our understanding of flight and its control in insects; understanding, which in the long run may extend to eco/​conservation efforts, agriculture, or even robotics.

This piece received extensive support from Taruni Roy — who is an Integrated PhD student at the Insect Flight Lab, NCBS.