Posted on May 16, 2014 in Microbiology and Database/Resource

Researchers create NEMiD, the first web-based database and map of over 200 bacteria and fungi in the Eastern Himalayas.

Despite being one of the most abundant life forms on earth, microbes are rarely given their due. Competing with larger charismatic fauna, they have remained largely understudied and unexplored. To fill this gap, a team of researchers has developed a web-based microbial database for northeast India, the first of its kind for this biodiversity hotspot. The microbial database, called the North East India Microbial Database (NEMiD), can be accessed at www​.mblab​ne​hu​.info/​n​emid/. 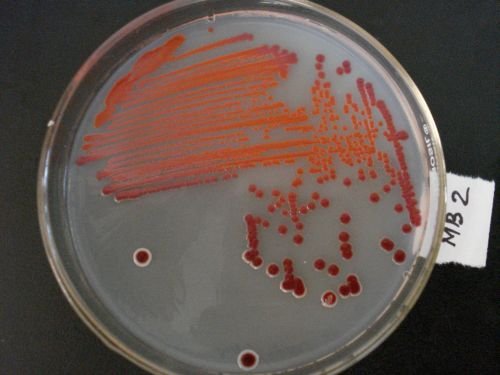 In a recent paper published in PLoS ONE, the researchers write that a proper documentation of microbes is essential to protect their diversity, especially in view of the rapidly increasing anthropogenic pressures in the region. This in turn can be immensely valuable for biotechnology and bioprospection, and to monitor environmental changes.

To create the database, the team from the North-Eastern Hill University in Shillong, Meghalaya, collected soil samples from over 140 sites in the Eastern Himalayas covering the states of Arunachal Pradesh, Assam, Manipur, Meghalaya, Mizoram, Nagaland, Tripura, Sikkim and parts of North Bengal. These sites were spread across a diverse range of altitudinal, temperature and soil gradients.

From the samples, they isolated 229 soil bacteria and fungi, and characterized various properties — morphological (such as cell shape and size), biochemical (such as products of metabolism, utilization of nutrients), and molecular (such as sequenced genes). They also mapped their geographic distribution, which can be viewed on a Google map in NEMiD. The researchers developed the database on a commonly used relational database management system (RDBMS) to store data. ​“The relational architecture of NEMiD ensures data integrity and future expandability,” they write in the paper. 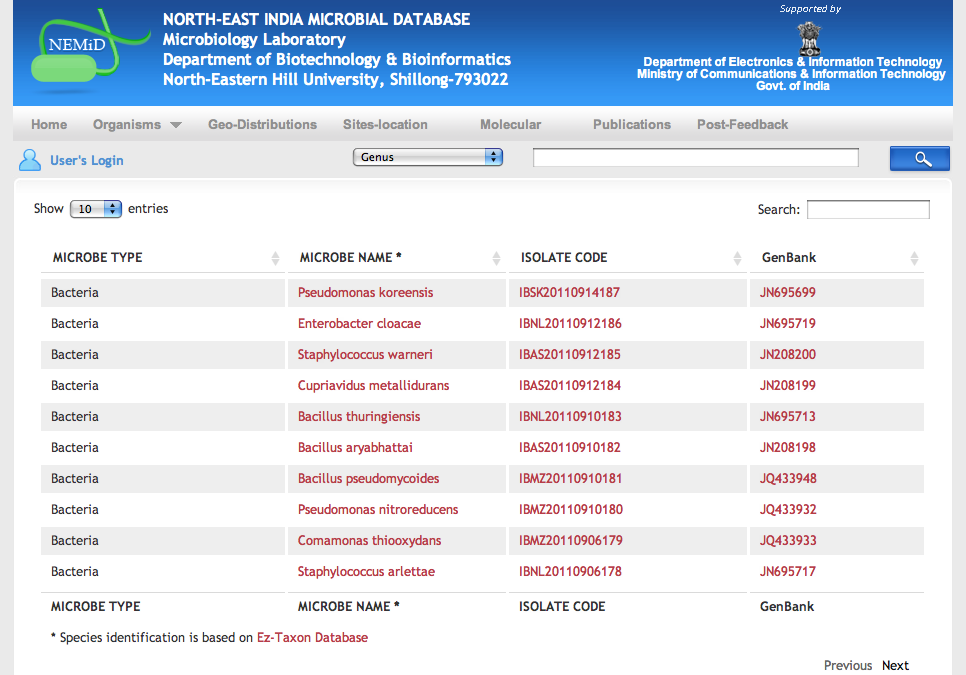 Santa Ram Joshi, an Associate Professor at the University who led the project, said that work on the database is still ongoing. ​“As we isolate more microbes, we keep adding data to the database, this is in no way over,” he said. This large-scale project was started in 2008 with funding from the Department of Electronics & Information Technology, Ministry of Communications & Information Technology, Government of India.

Tarun Chandra Bora, Chief Scientist of the Biotechnology Division of the CSIR- North East Institute of Science and Technology in Jorhat, Assam, who was not involved in the study says, ​“Dr. Joshi has made an excellent attempt to develop a database on microbes isolated from the north east gene pool. The functional diversity of the strains would be very useful to the researchers as well: such as industrial applications, pharmaceutical and public health utilities.”

In future, Joshi wants to explore other territories. ​“We are thinking of going to agricultural fields, water bodies and very high altitudes to collect samples,” he says. ​“Microbes in these systems have not been studied much in north east. We also want to produce a consolidated database for microbes for the entire country. But this is all subject to future funding.”