The Forest Department turned to scientists to help analyze elephant populations and their relatedness in the troubled Alur region — an important consideration for relocation efforts that aim to ease human-elephant conflict in the area.

In the Alur region in Karnataka, elephants and people live in constant tussle. Elephants moved to this matrix of coffee estates and croplands recently in the 1980s. This region has since become a hotspot for conflict. But Karnataka Elephant Task Force’s (KETF) recent proposal to remove these elephants has been a matter of incensing debate. 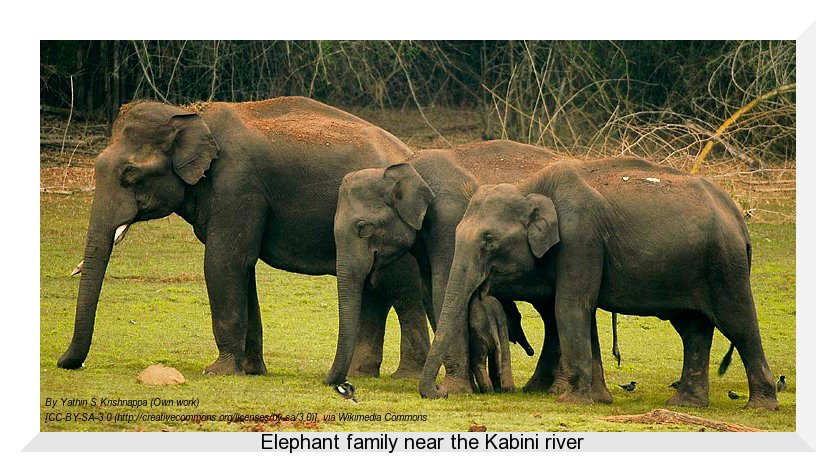 Now, in an example of science-driven conservation, a team of scientists has assessed details of the elephant population in the Alur region. Their goal was to evaluate the minimum number of elephants in the region, which could then help evaluate feasibility and impact of keeping these elephants in the landscape, versus removing them.

“The High Court and the Forest Department wanted a more precise estimate of elephant numbers in the Alur area,” says T.N.C Vidya, Scientist with the Jawaharlal Nehru Centre for Advanced Scientific Research in Bangalore. ​“Given their request and the nature of the problem, I decided to help and take up this work.”

The team started out by collecting 101 fresh elephant dung samples from Alur, Yesalur and Shanivarasanthe ranges in May 2012. Then they extracted DNA from the outermost layer of the dungs, which is rich in cells from the intestinal lining of the animals, and subsequently analyzed the genetic information to identify unique individuals. They also used the DNA to assess relatedness between the individuals. This would tell them whether most elephants belonged to one large group (high relatedness), or were part of several smaller distinct groups (low relatedness).

The DNA analysis revealed that there were at least 29 individual elephants in the landscape, including 17 females and 12 males. In addition, the elephants did not appear to be closely related to one another. Thus, the elephants could be part of smaller distinct families of elephants.

“We found that the females in the area were not related overall, probably because female groups have been colonizing this area at many points in time,” says Vidya. ​“Also, natural and human-induced mortality over the years would have further reduced the number of related individuals.”

Elephants form deep, intimate bonds with their family members, grieving and mourning the loss of their loved ones. Splitting up such families could be traumatic, possibly leading to increased stress and aggression in the animals. Since the DNA analysis showed that the Alur elephants belong to distinct smaller units, and not one single family, different strategies could be used for relocating each elephant family without separating its family members, the study suggests. ​“This allows for capture operations to be staggered and for post removal handling be different,” says Vidya.

Alur is dominated by human habitation, and the nearest available elephant habitat is about 40 km away. In addition, elephants have been historically absent from the region. Given the small elephant population estimate and prevalence of high conflict, a report by the KETF recommended removal of the elephants from the region.

According to the report, not only would the restoration of elephant habitat in Alur region be very difficult, it would also be an expensive option, without resolving the problem in the long run. Thus, conservation of this elephant population in Alur might not be very cost-effective. The study’s findings — small population size of the Alur elephants and low relatedness among individuals — supports the report’s recommendations, write the researchers.

But the researchers caution against using this case study for indiscriminate removal of elephants from other areas, suggesting that every removal decision must be made on a case-to-case basis. The removal also has to be done carefully, points out the study. Once the existing population is removed, new elephants can easily move into the area. To prevent this, adjoining elephant habitats need to be blocked using effective barriers, the study adds.

The Karnataka Forest Department started capturing the ​“problem” elephants in February, 2014. Vidya’s team is now testing to see if the males that were captured by the department are the same individuals that they identified during their 2012 survey.