David Odde, Carl Flink and the Black Label Movement will be working with local dancers and biologists at NCBS the last week of April, bringing together scientific and artistic routes to creativity.

Starting April 25th, the National Centre for Biological Sciences (NCBS), Bangalore will play host to a week-long collaboration between professional dancers and biologists, called ​“Bodystorming Hits Bangalore.” Bodystorming means brainstorming with the physical world—thinking not just with minds but with bodies. In this iteration, problems of scientific research will be investigated through the structured movements of human dancers. The dancers, in turn, use the dynamics of scientific problems as new outlets for artistic exploration. This method was developed by biomedical engineer David Odde and dancer / choreographer Carl Flink (both at the University of Minnesota), who will be coming together to Bangalore at the end of April along with eight dancers from the Minnesota-based Black Label Movement. Odde, Flink and the Black Label Movement will conduct a two-day workshop in the city followed by an intensive weeklong residency at NCBS, involving selected local dancers and biologists. Public talks have been scheduled for April 26th (National Gallery of Modern Art, Bangalore), April 29th (NCBS) and April 30th (Café Scientifique Bangalore). These will culminate in a dance performance on May 2nd, combining the dynamics of biological systems with art.

Biologists Darius Köster and Satyajit Mayor (NCBS) first encountered bodystorming at the Marine Biological Laboratory at Woods Hole, Massachusetts in the summer of 2014. Odde, Flink and the Black Label Movement were in residence, working with researchers to simulate their models at macroscopic levels. ​“It was first of all incredible fun,” said Mayor of his Woods Hole experience, at an information session with the NCBS community on April 9th. Mayor found that as dancers acted out the world of the cell membrane (with rules of movement provided by him), their behaviour confirmed the sufficiency of those rules for clustering behaviour visible through a microscope. “[I felt] a confidence that something was going on that we should try to capture,” Mayor said.

Unlike a computer simulation or microscopic view, dancers can provide direct, thoughtful feedback about their own movements. ​“Each particlecan tell you how it felt,” said Köster. Dynamic processes also becomes more transparent, because unlike with actual particles ​“you can tell [the dancers] to stop,” and tweak rules with just a word. Also, no debugging is required: ​“Normally, the people de-bug themselves,” asserted Köster.

Dancers also provide a different kind of creativity that can feed into science, and vice versa. Bodystorming rests on the principle that our best creativity is not restricted to the conscious workings of the logical mind — a notion at odds with traditional views of science, but eminently familiar to dancers. ​“As dancers, we think with our bodies,” says Aparna Banerjee, an Odissi dancer who heads the Science and Society program at NCBS, and is helping organize the NCBS bodystorming workshop. ​“We can’t think otherwise.” 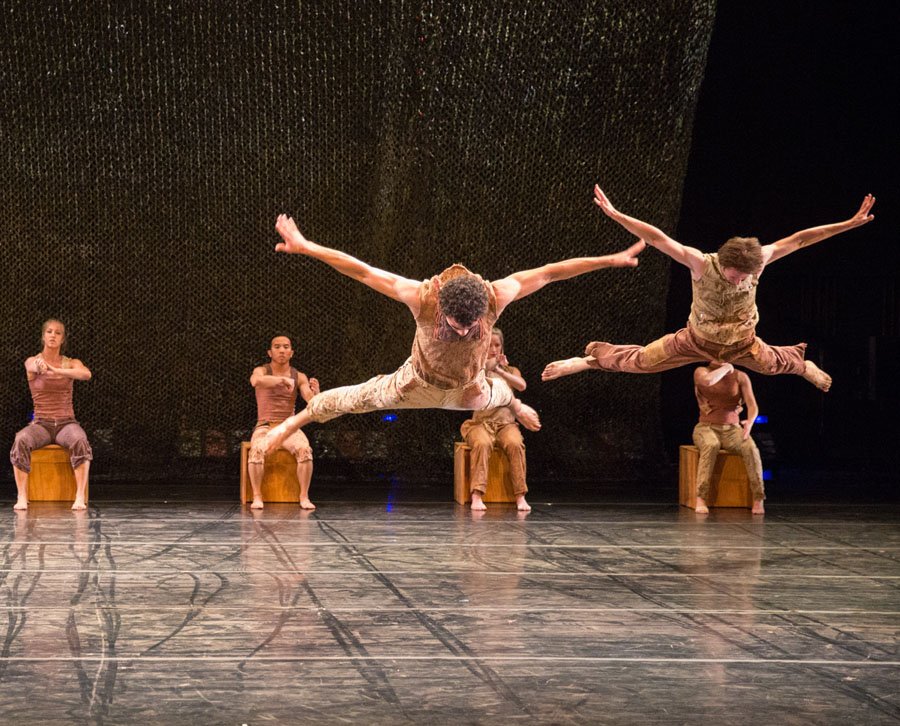 The hope of this workshop, in part, is that collaboration between such disparate fields will further creative processes in each — an interaction that the NCBS Science and Society program plans to take forward even beyond the present workshop and residency. ​“To collaborate with someone who doesn’t understand the language you’re talking is a bit scary but also holds potential,” said Shabari Rao, another organizer of the NCBS workshop, trained in Kathak and presently faculty at the Srishti School of Art, Design and Technology. ​“I think it’s an exciting project. But we need adventurous people willing to take a risk and experiment,” speaking of her ongoing efforts to bring more dancers into the fray.

Köster echoed Rao, in his hope that scientists at NCBS would become actively involved during Odde and Flink’s stay. ​“Maybe we can even make a large scale simulation with NCBS people on the lawn. That would be my dream.”

TED Talk by David Odde, with a performance of cell biology-inspired ​“Hit” by the Black Label Movement: ​“If truth is beauty, can art be science?”