Posted on Mar 02, 2015 in Health & Medicine and Biotechnology

Scientists from Kolkata show that converted coral discs are more effective in bone tissue regeneration when infused with growth factors. 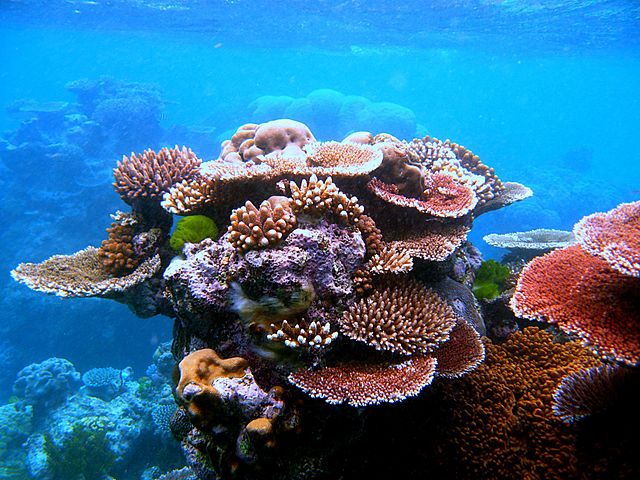 The search for materials that can mimic human bones both in structure and function is an on-going process. Nevertheless, scientists have come a long way from using the patient’s own bone in bone grafting surgeries to finding newer, more suitable materials with lower risk of contamination and infection. Marine corals are one such biomaterial which are suitable for use in bone grafting. The exoskeleton of corals is composed of calcium carbonate and is highly porous and interconnected, much like the human bone. However, corals cannot be used as orthopaedic implants in their natural form because the presence of calcium carbonate resists the formation of new bone tissues — they have to be converted into coralline hydroxyapatite (HAp) before being used. While converted coral implants are already widely used in surgeries related to bone injuries and deformities, scientists from West Bengal University of Animal and Fishery Sciences, Central Glass and Ceramic Research Institute and Institute of Animal Health and Veterinary Biologicals, Kolkata have tested whether converted coral discs when infused with growth factors are more effective in enhancing and accelerating bone tissue regeneration.

In this study published in Material Science and Engineering, small discs of natural coral were converted into coralline HAp via a hydrothermal process involving many stages. Hydro-thermal treatment involves repeated washing of the coral with chemicals and alternatively heating them. This treatment helps in removing impurities and in reducing crystallinity while retaining the original porous structure of the corals. Retaining the porosity and interconnectivity of the coral is very important as it enables the growth of cartilage tissue and blood vessels within it. The discs of converted coral were then soaked in two separate solutions, containing the growth factors IGF1 and BMP2 that enhance bone regeneration and cartilage growth.

The scientists surgically created dents in the tibia (the bone below the knee) of 18 white rabbits and inserted the converted coral implants. To find out which one of the growth factors (IGF1 and BMP2) was more effective in inducing bone tissue growth, the rabbits were grouped into 3 categories. Group 1 served as the control group and were planted with plain discs of converted coral whereas groups 2 and 3 were inserted with discs of converted coral that were treated with IGF1 and BMP2 respectively. Individuals of all three groups were monitored for a period of 90 days and the status of formation of the new bone was assessed using radio graphs and flurochrome images.

Results show that within 30 days of surgery, bone healing and tissue growth was seen in individuals of group 2 and 3 and by 90 days the wound had healed and the implants had infused with the bone while individuals in group 1 exhibited slow bone regeneration. Histological analysis also revealed the presence of bone modelling enzymes like osteoblasts and osteoclasts and signs of blood vessel formation in groups 2 and 3. These signs were more pronounced in group 2 indicating that IGF1 was more effective than BMP 2.

This study successfully demonstrates that hydrothermally treated coral implants treated with growth factors can enhance bone regeneration and also reduce the time taken for the wound to heal. These findings also extend the potential of application of biomaterials like coral in tissue engineering.