Flashbacks of trauma can be triggered by non-threatening stimuli. Researchers trace the basis of such generalised fear to neurons in the amygdalae.

Sufferers of post-traumatic stress disorder (PTSD) — an anxiety disorder normally triggered by a traumatic experience — often lose their ability to discriminate between safe and dangerous stimuli, responding with intense fear to sensory cues that pose no threat but remind them of the trauma. Just like the allegorical cat, which once scalded by hot water, fears even cold water. 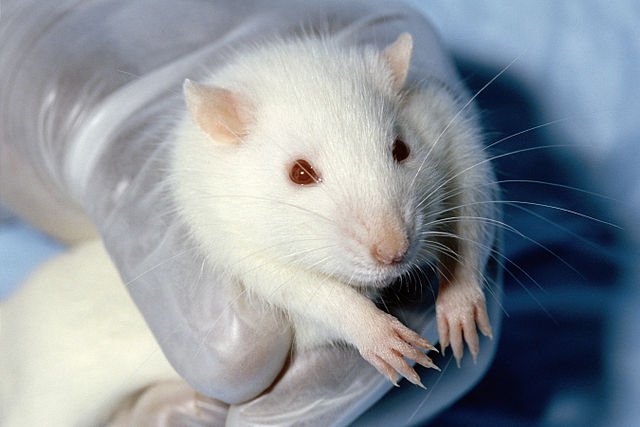 Brain imaging studies have shown a relationship between this condition and hyperactivity in the amygdalae — brain structures that process emotional reactions — but to date studies have not been able to uncover the underlying cause.

Now researchers from the National Centre for Biological Sciences (NCBS) have carried out fear conditioning studies on rats that have revealed the neuronal mechanism that causes this shift from fear of specific stimuli to a more generalised fear, promising insights into conditions like PTSD. The study shows that individual neurons in the amygdalae of rats exposed to strong electrical shocks lose the ability to distinguish between cues for safety and danger, causing them to become fearful of non-threatening stimuli.

“Being afraid of dangerous stimuli is not a problem. It’s being afraid of things that are not dangerous that is the pathology,” said Sumantra Chattarji, who co-authored a paper on the research with Supriya Ghosh, a graduate student. ​“This balance is important because this is precisely what goes wrong in PTSD.”

In the study, rats were exposed to two similar but distinct sounds, one of which was paired with a mild electric shock. The rats quickly learned to discriminate between the two, showing greater fear response to the danger tone 24 hours later even though the shock was removed. But when the shock strength was doubled, the same animals lost their ability to discriminate and began showing a greater fear response to the safe tone too.

To understand the neuronal basis for the change the researchers recorded electrical signals from individual neurons in the rats’ amygdalae. They discovered that following mild shock conditioning 42% exhibited increased firing in response to the danger tone, while 6% failed to discriminate and 51% did not respond at all. But after doubling the shock strength, many of the cue-specific neurons lost their ability to discriminate, with their numbers falling to 32%, while the number that responded equally to both stimuli rose to 30%, resulting in a more generalised fear reaction.

When faced with the potential for greater danger animals tend to err on the side of caution by generalising their fear response. This study suggests this is reflected at the neuronal level, according to Chattarji.

In addition, the researchers found that fear conditioning caused the response time of neuronal reactions to stimuli to shorten. This suggests a strengthening of connections between the thalamus (which is responsible for relaying sensory signals) and the amygdalae, rather than the longer connection via the auditory cortex, an area of the brain involved in more complex processing of auditory information.

“The connection from the thalamus to the amygdala is the quick and dirty solution. It’s not very accurate but it’s fast,” said Chattarji. ​“You can’t wait until the data is all available. It’s a noisy world and you’ve got one shot at it. The pressure to do it quickly is enormous when it comes to survival.”

The researchers also found that it was possible to induce the same fear generalisation when the rats were conditioned with a strong shock by using a pharmacological substance called forskolin. The drug activates the cyclic adenosine monophosphate – protein kinase A (cAMP-PKA) signalling pathway in the amygdala. The researchers found that activating the pathway while using mild shock conditioning still resulted in similar fear generalisation to that found when using a strong shock. This could provide a starting point for pharmacological solutions to conditions like PTSD says Chattarji.

“I don’t think it’s the only one, but it could be a potential target,” he added. ​“One of the experiments I would like to try next is to do forced blocking of the pathway and apply a strong shock to see if generalisation still occurs.”