Researchers find that the extent of genetic damage in snails is a measure of how polluted their marine environment is. 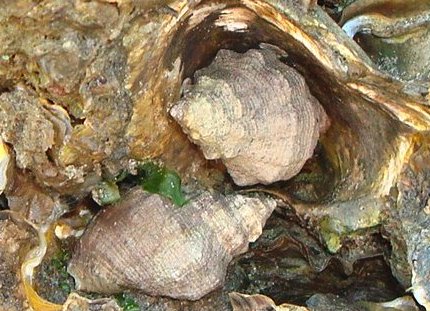 A team of researchers collected snails of the species Morulagranulata from nine locations along the coast of Goa – a major tourism and seafood industry hotspot of India. The team learnt that the extent of damage in the genetic material (DNA) of these snails increased with rising levels of toxic pollutants along the coast.

“When toxic contaminants, such as polycyclic aromatic hydrocarbons (PAHs), are taken up by marine organisms, the snails will try to metabolize the contaminants for subsequent elimination. The toxins are degraded, ultimately converted into by-products and removed from the body,” explains A. Sarkar, lead author of the study at Global Enviro-Care, Goa. ​“But during their metabolism, reactive intermediate stages are formed, resulting in DNA strand breaks.”

Sarkar and co-workers used molecular biomarker techniques to assess breaks in the DNA isolated from snails and determined its integrity. They observed that DNA integrity reduced by as much as 56% at one of the most polluted of the chosen sites (Hollant) compared to the non-polluted, reference site (Arambol) located farther away from the industrial belt. They found the concentration of PAHs in sediments to be highest around Hollant (5.17 μg/​g) and lowest at Arambol (1.65 μg/​g) among all sites.

Snails were chosen because there are plenty of these ​“resident organisms” that remain attached to rocks and they are the ​“representative organisms of a particular location,” Sarkar told IndiaBioScience. ​“By determining their DNA integrity, we can evaluate the state of pollution in a coastal region. If the DNA integrity is lower, the snails have been more exposed to toxic contaminants and we can identify their resident spot as a highly polluted one,” he adds. The research was published in Ecotoxicology and Environmental Safety journal.

Sarkar and co-workers are now planning to evaluate the response of snails, oysters and other key species in the marine environment towards PAHs as well as other contaminants (such as heavy metals, cadmium, copper and lead). They are looking to combine different molecular techniques and an interdisciplinary approach to study the biological response of these species.

N. A. Aravind Madhyastha, who works on land and freshwater snails at the Ashoka Trust for Research in Ecology and the Environment (ATREE) in Bangalore, says: ​“This is one of the few studies from India on how pollution in marine environments affects snails at the genetic level. Most studies concentrate on the impact of anthropogenic activities at a species or community level. This has focused on their impact at the genetic level.”