The Indian National Science Academy (INSA) announced the winners of its awards for young scientists earlier this year. Introduced in 1974, the INSA Medal for Young Scientists has since been given annually to researchers below 35 years of age working in the fields of science, technology, engineering, medicine and agriculture. The INSA medal comes with a certificate and cash reward of Rs. 25,000 but also with a 3‑year research support of Rs. 5 lakhs per year. The research support is not just monetary. INSA President, Raghavendra Gadagkar, explains in an e‑mail to IndiaBioScience, ​“Within five years of receiving the award, the awardees are considered for a visit abroad with full support for presenting research work at conferences, or participating in research projects.”

IndiaBioScience talked to three young biologists who won the INSA medal this year about climbing the science career ladder. The conversations touched upon various aspects that are part of a career in science, be it inter-disciplinary research, role of mentors, funding opportunities, setting up labs or the idea of an ideal post-doc. 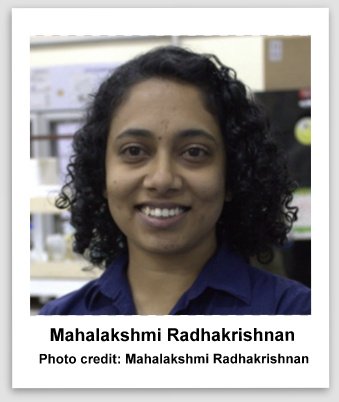 Mahalakshmi Radhakrishnan, who has been awarded the INSA medal for ​“contributions in the field of membrane protein biophysics,” is an Assistant Professor in the Department of Biological Sciences at the Indian Institute of Science Education and Research (IISER) in Bhopal. Having done an integrated PhD at the Indian Institute of Science (IISc), Bangalore, where she was exposed to different techniques in various laboratories, Mahalakshmi highly values inter-disciplinary work and feels more adept in addressing a question in membrane protein science because of her background. ​“It has helped me a lot,” she says. ​“Classic biology is not capable of answering the kind of questions we are desperately in need of understanding. The methodology and the kind of techniques we are developing are all at the interface. I have been able to bridge a lot of things to address specific questions in science.”

Mahalakshmi is currently working out of the transit campus of IISER-Bhopal and is aiming to set up a lab once the main campus is ready. She sees being able to help with setting up the main campus as an advantage rather than a detriment. ​“We are building the bricks and mortar, literally!” She explains, ​“It gives us more confidence in moving to an area we are not comfortable in; shifting from one aspect of biology to another aspect of biology or even a related aspect in chemistry is something a scientist can manage. But making an engineer out of a scientist is not easy and is something we have been experiencing at IISER-Bhopal.”

Before moving to IISER-Bhopal, Mahalakshmi completed two post-docs in the United States. On their relevance she says, ​“It is absolutely important that someone goes abroad for a post-doc, not because it looks good on the CV but for the research environment, which is different from India’s.” She clarifies it is not about resources, as some places with poor resources still carry out exceptional research. It is the approach to research, including management and interpersonal relations, that matters. Hierarchy is not as much of a problem in the US as it is in India, she adds. However, she thinks there is no dearth of funding or freedom to pursue your areas of interests in science back home. 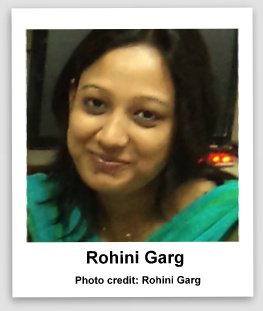 Availability of funding is what Rohini Garg, another INSA awardee this year, appreciates about science in India. She has been awarded for her ​“contributions in the area of plant genomics, epigenomics and transcriptomics leading to the identification of development and stress related genes of plants.” Rohini is currently an INSPIRE Faculty Fellow at the National Institute of Plant Genome Research (NIPGR) in New Delhi.

Rohini considers perseverance the most prized trait of a scientist. Science is a long process of learning, she says, compared to some other professions where one can see immediate results. Another important factor in the making of a scientist, according to her, is a good mentor who puts things into perspective. From her mentors Rohini has learnt the nitty-gritty of science; things that would help her in the long run, like how to write grant proposals. ​“A mentor is the only one who would make you believe that whatever you do is really important,” Rohini chuckles. More seriously, she says, a mentor should have regular discussions with the student, so they can exchange ideas and benefit from the exchange.

Touching upon the role of communication in science, Rohini says, it is essential to let people know the importance of doing science because otherwise they think it is of no use to them. If scientists reach out to the public, they will know what science can do in the general advancement of the society. ​“If I explain my work in biological terms [the public] may not understand, but if I tell them about the application of my research, they might.” 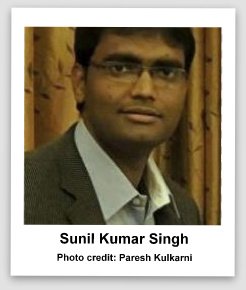 Sunil Kumar Singh is another INSPIRE Faculty Fellow awarded by INSA ​“for finding that graphene and its derivatives specifically induce aggregation of platelets [with] significant relevance for medical application.” Using grant money he received through the INSPIRE scheme, Sunil is now setting up a lab in the Department of Biotechnology at Motilal Nehru National Institute of Technology (MNNIT) in Allahabad. He has procured some equipment for his lab while continuing to use the more expensive ones at the institute’s central facility that’s open to all students and faculty.

Sunil points out some challenges that young scientists have to tackle. ​“Equipments are procured by labs but they are not available to all,” he laments. ​“Different laboratories need not have the same equipments in each lab; they can be shared with others,” he suggests. ​“A central facility like the one at MNNIT — the Centre for Interdisciplinary Research — that is open to all must be there at every institute. In most institutes, only those students who are working with a senior faculty have access to equipments in their lab.”

Growth opportunities, Sunil adds, are abundant for senior scientists but young scientists like him continue to face cutthroat competition. Funds are available but they are not commensurate with the growing number of PhDs, he says. ​“More support from senior scientists is needed with respect to laboratories and access to equipment.”

It is apparent that the three INSA young scientists that IndiaBioScience spoke with are slowly but surely making their way up the science career ladder. They may differ in their interests, approach and educational backgrounds, but what puts them on the same page is that they found their calling in science.

INSA President Raghavendra Gadagkar, who too won the INSA young scientist medal back in 1985, says, ​“From all accounts, receiving the award at an early stage in one’s career has an inspiring and galvanising effect on the minds of recipients. It gives them both a sense of belonging and recognition by their peers in the country as well as challenges them to climb to greater heights. Having been a recipient myself I can vouch for the truth of this sentiment.”