ROTAVAC, developed by Bharat Biotech in collaboration with the Indian government and other Indian and international partners was launched on May 14th, 2013. Dr. VijayRaghavan, the secretary of the Department of Biotechnology (DBT) announced that the low-cost vaccine against rotavirus exhibited good efficacy and an excellent safety profile in its phase III clinical trials. ROTAVACwill be available at about Rs. 54 per dose, for three doses (Total Cost = Rs. 162) i.e. almost one-fifteenth the cost. Apart from the cost issue, this vaccine is a landmark for many more reasons too. 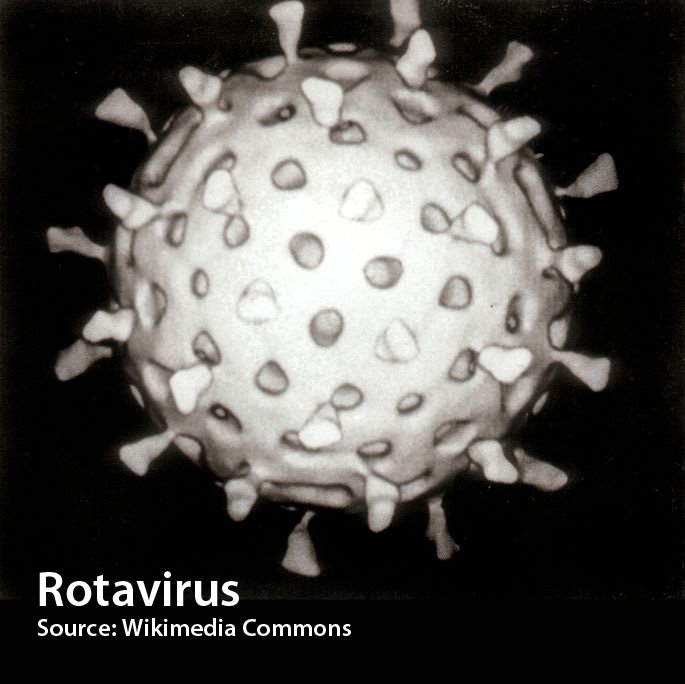 Need for a new vaccine

WHO global statistics (January 2012) recorded about 453,000 child deaths (under 5 years) in 2008 attributed to rotavirus infection, of which about 22 percent occurred in India. Rotavirus infection is transmitted via the faecal-oral route causing severe diarrhoea accompanied by vomiting and fever; eventually death results due to dehydration in the absence of treatment. Management of the infection requires oral rehydration therapy and zinc supplements which are available to less than one-third of the Indian population. Rotavirus infection abounds in societies with poverty, considering the hygiene and sanitation conditions that prevail. The families are unable to care for their sick children due to the expenses involved in treatment, inappropriate recuperation facilities and the losses they sustain staying home from work to take care of the child. Thus, in a developing country like India where resources are limited, prevention is definitely better than cure.

Despite the number of deaths reported as a result of rotavirus infection and WHO recommendation in 2009, rotavirus vaccines do not figure in the National Immunization Program of India. High prices cause an essential vaccine to fall under the category of ​“vaccinations given with parent consult”, resulting in almost 2 million cases of rotavirus diarrhoea each year.

ROTAVAC on the other hand will be available at about Rs. 54 per dose, for three doses (Total Cost = Rs. 162) i.e. almost one-fifteenth the cost. This will help the Indian government to provide the vaccine to its citizens without any external help. Even if it is not included in the National Immunization Schedule, ROTAVAC will be accessible to the common masses and not to a few well-off families.

Another point of significance is that ROTAVAC was developed in Indian laboratories, utilizing an Indian strain, tested on Indian subjects and thus can be expected to be more effective in the Indian population.

The vaccine originated from a new strain of rotavirus, 116E, isolated from an Indian child at the All India Institute of Medical Sciences in New Delhi in 1986. The viral strain 116E showed exceptional promise because children infected with this strain manifested strong immunity against subsequent infections. It is important to note that rotavirus infection from a particular strain is capable of providing immunity from other strains as well. The Phase I studies began after almost two decades , in 2001.

Bharat Biotech is expected to file for the registration of ROTAVACsoon. Once licensed by the Drugs Controller General of India (DCGI), the vaccine will be available as a more affordable alternative to the currently available rotavirus vaccines. ROTAVACcould be available in the market as early as the end of 2013. Apart from India, ROTAVACis expected to improve the healthcare scenario worldwide, especially in developing countries.

It is a mark of pride that India, a country known for its exceptional success with generics has now taken a step towards innovative products; an amazingly economical one that too. ROTAVACis the result of a collaboration of partners from India as well as USA. This success paves the way for many such future Indo-US endeavours in the interest of public health.

Let’s not bank upon ROTAVACto be a panacea for rotavirus infections, but yes, let’s applaud Bharat Biotech in the accomplishment of this task and hope that ROTAVACis able to reduce the massive infantile mortality rates that plague our country.