Tireless ribosomes churn out proteins from mRNAs 24×7. An intriguing and less understood aspect of these tireless worker bees is how they manage to shift from one mRNA molecule to another, upon completing polypeptide synthesis. This phenomenon called ​‘Ribosome Recycling’ is fast becoming a hot research arena. The reasons become immediately apparent when one considers just how many pathogens confuse the hosts’ protein synthesizing machinery to do their evil deeds. The chief executors of bacterial ribosomal recycling are: a) ribosome release factors (RRFs) and b) elongation factors (EFs). However the precise of nature of requirement of these factors to help release ribosomes is not very clear. A recent study by Sheshadri et al., (2010) from the Varshney lab at the IISc sheds some light on the matter. 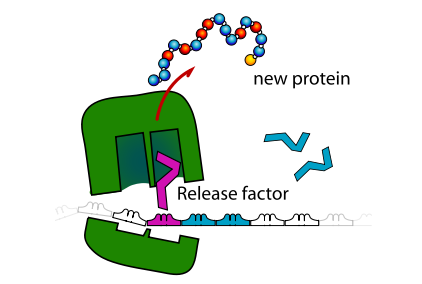 The authors employed RRF and EFG from two mycobacterial sources: the pathogenic M. tuberclosis (Mtu) and non-pathogenic M. smegmatis (Msm) and expressed them in E. coli cells. Using a series of elegant complementation assays, Sheshadri et al, report that in contrast to the mycobacterial RRFs which have a stringent requirement for mycobacterial EFGs, EcoRRF functions with either EcoEFG or mycobacterial EFGs to recycle E. coli polysomes (ribosomes attached to mRNA molecules). In a separate set of experiments, the group purified RRFs and EFGs from the two mycobacterium strains and studied their interaction with ribosomes purified from E. coli along with Msm cells which has never been attempted before. ​“It’s quite surprising, that very few studies have tried using ribosomes from any other source than the usual work horse E. coli” says Dr. Varshney. These experiments indicated that unlike the E. coli polysomes which can interact with a homologous pair of mycobacterial RRF and EFG, the M. smegmatis polysomes failed to work with the RRF and EFG of E. coli. To this the author remarks ​“Our observations suggest that the differences in the sets of elements between the different EFGs that confer a specificity of interaction with ribosomes (for the recycling step) could be quite subtle. For example, there may be some ​‘negative elements’ in the E. coli EFG that prevent its function at the recycling step (but not at the translocation step) of the mycobacterial ribosome. The mycobacterial EFGs may be lacking these ​‘negative elements’ to allow their function on either E. coli or M. smegmatis ribosomes.”

So what happens during eukaryotic translation? ​“Unfortunately, eukaryotic (cytosolic) ribosome recycling is still not well understood. The last report from Kaji and Pestova lab are the only reliable in vitro reports. I do not believe that any in vivo reports are available as yet. In terms of conservation of mechanism, I believe they are fundamentally different” says Varshney, however ​“ribosomes are very good target to develop antibacterial drugs. Regarding the role of RRF, it is clear that fusidic acid is a more potent inhibitor of ribosome recycling than for the translocation step. So, ribosome recycling may actually be a better target for finding protein synthesis inhibitors. RRF function is involved at more steps than just post-termination, which also makes it a good target. Also, using ribosomes from other sources may allow one to enhance specificity towards the ribosomes of the pathogen.”

Understanding of this curious phenomenon of ribosome recycling not only helps us understand how pathogens exploit it during infection but also provides with potential targets for intervention.