Every year, the picturesque town of Lindau in Germany teems with Nobel Laureates and a few hundred young scientists. In its 65th year, this edition of the Lindau Nobel Laureates Meeting is dedicated to interdisciplinary science. The Meeting is designed to foster interactions across generations, cultures and disciplines. Morning lecture sessions are followed by intimate interaction sessions in the afternoons where a few young scientists meet with a Laureate. Panel discussions peppered through the week focus on issues such as Science and Ethics and Leadership in Science. We bring you daily highlights from the Meeting… 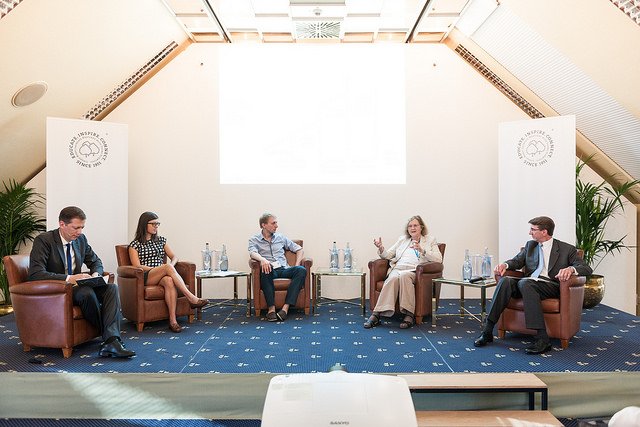 The morning began early with two parallel Science Breakfast sessions. The session on ​“Decoding science leadership: What matters in leading innovative labs, leading great people and leading self” was hosted by McKinsey & Company, Inc. The panel had researchers from various stages in their career — Bonnie van Wilgenburg, a junior research fellow at Oxford, Simon Elsasser, a young scientist who is in the process of setting up his lab, and Nobel Laureate Elizabeth Blackburn. The Director of McKinsey & Company, Germany, Frank Mattern, was also present. The session opened by the moderator with a list of reasons why science leadership matters more today. There areunprecedented opportunities, both within academia and outside. As research expands into territories outside of traditional disciplines, the job of a scientist is becoming increasing complex — as a mentor and a collaborator. Like in most other professions, technology has made science ​“always on”.

The panel was then invited to share their perspectives and insights. Wilgenburg talked about what young people could do to imbibe leadership qualities early on. She urged them, for instance, to see mentoring new students in the lab as an opportunity and not as a burden. She also stressed the importance of actively seeking out leadership positions on student boards and councils, and to get involved early in organizing conferences. Approaching mentors and talking to them about their practices and how they organize themselves can provide inspiration and build a network to tap into in times of need, she said.

Elsasser enthusiastically seconded Wilgenburg about being active in seeking out opportunities. ​“Being visible is also important for getting opportunities,” he added. Networking, writing and outreach help to stand out in a crowd. He said that starting his own lab is teaching him that a very different skill set is needed to work and lead people. Communication skills were key, as were motivational skills — different approaches are needed for different people.

“There’s something that has come to surprise me as a key ingredient of leadership,” said Blackburn. ​“And that is respect.” She went on to elaborate that she has learned to respect people in two different ways. One is to respect the people in her team, and allow them to choose the level of mentorship they expect and require, and to let people run with their ideas. The second, she said, was learning to respect her collaborators from other fields who may have very different backgrounds and training. ​“You might think they’re ignorant in your field. But believe me their good at theirs,” she said. Personal interaction and clear communication are the best way to work around the barriers of interdisciplinary collaborations.

Mattern brought in the corporate perspective. ​“The quality of talent across some institutions is similar. Still, the differential in performance is significant,” he pointed out. He believed that the difference comes down to collaboration, the tone for which is set by the leadership. Excellence in any field is about creating an atmosphere where everybody brings out their best, he concluded.

The questions came in fast and furious. Many people were eager to know how to set the right tone early on and how to navigate situations where students are reserved or come from backgrounds where hierarchy is observed. Everybody agreed that frank communication is the key and suggested that they personally interact with new students (or with collaborators at the beginning of a project) to discuss goals, expectations and challenges. It is important to spell out that it is ok for them to contradict your views, and not expect students to know it automatically. ​“Respect doesn’t mean being submissive. It means listening, but also not holding back your own opinions,” said Blackburn.

Brian Schmidt orchestrated an interesting Master Class in the afternoon titled “ A 21st century career in research: A discussion about thriving in the face of career uncertainty”. The session covered a very wide range of topics of pressing relevance today. Four young researchers made short presentations that set the tone for the discussions that followed.

The first of these was a unique idea for the exploration of alternate careers. Uta Allenstein outlined her idea on alternate careers, which she calls ​“Let’s be physicists”. She plans to test jobs by doing short internships in a variety of careers, find out the skill sets needed, rate the jobs and blog about them.

The second focused on the challenges of studying interdisciplinary problems early in your career, which could make one a jack of many trades and a master of none. 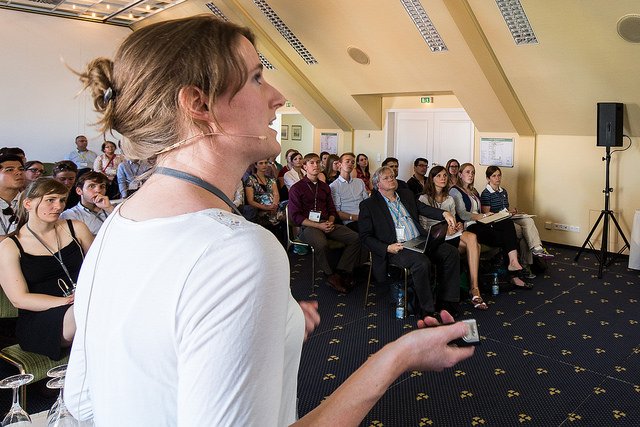 The third talk was about women in science. Else Starkenburg talked about what she called the ​“leakiest part of the pipeline” for women, the postdoc years. She proposed several solutions that could help: paid maternity leave, paternal leave options, support for travel with caregivers and child (because networking is key) and return/part-time fellowships. She urged people to counter biases with information and also think about their own biases. The last presentation spotlighted research and opportunities in India, intended as one representative of research in developing countries.

The discussion that followed picked up on the different threads in turn. The discussion on women in science was most animated. ​“Men need to be invited and participate in this dialogue. Mandating maternity leave is not a good idea unless you also mandate paternity leave. We keep reinforcing the bias when we talk about it only as women’s issues,” said one young scientist from Caltech.

In talking about alternate careers, it was clear to everyone present that a job in academia was achieved by the minority. However, more young scientists felt the pressure to aim to become a professor rather than choose an alternate career. The problem they concluded was in the perception, common in science, that leaving mainstream science is considered a failure. The class left the participants with many questions and attitudes to ponder and reflect upon.

The day ended on a relaxing note with a Grill & Chill event outdoors, with a spectacular view of Lake Constance and the mountains beyond. Everyone was invited, Laureates, young scientists, journalists and the residents of Lindau. One local said she’d been coming to the event for the last 5 years. ​“It’s different every year. I have met so many people from everywhere in the world. It is a very refreshing experience,” she said. 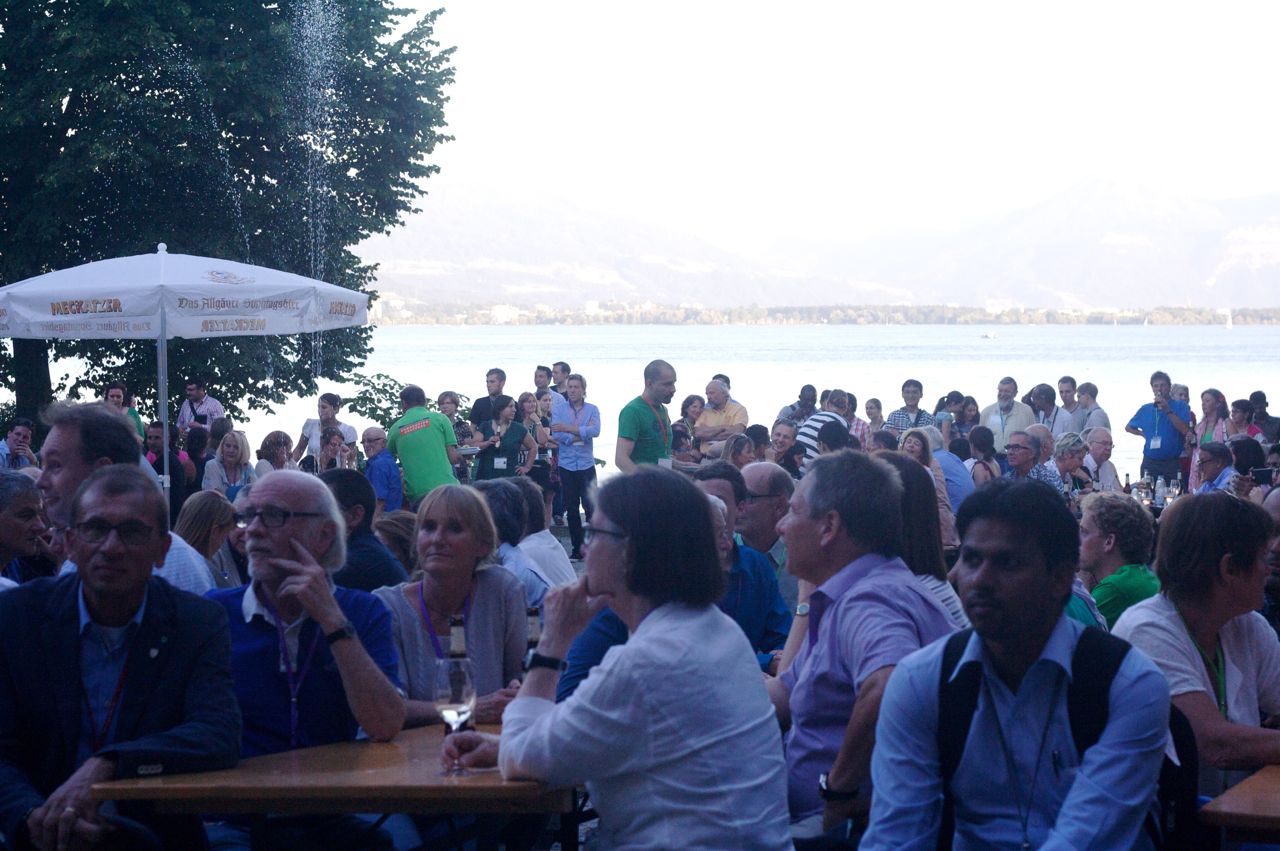 More from Lindau: Days 3 and 4