Posted on Jan 19, 2015 in Health & Medicine and Nanotechnology

Nanoparticles coated with histidine polymer get attached to amyloid fibrils and stop their growth completely.

When some proteins and polypeptides misfold, they form fibre like structures called amyloids. These insoluble, misfolded structures can interact with one another or other parts of the cell to form fibrils, which remain insoluble. This fibrillation process is an important characteristic of many neurodegenerative conditions like Alzheimer’s, Parkinson’s and Huntington’s disease., Controlling the growth of fibrillar aggregates is one of the approaches for treating such conditions. 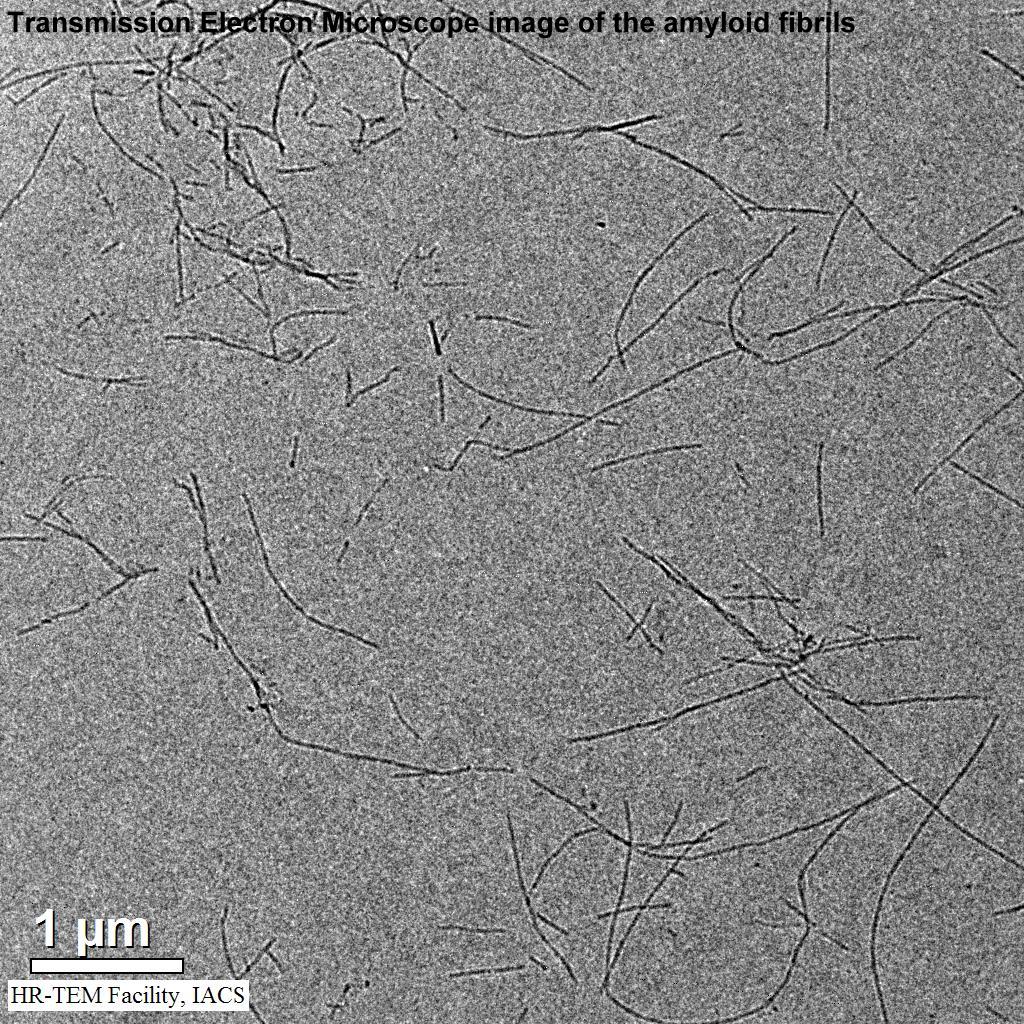 Nihar R Jana, Professor at the National Brain Research Centre, Manesar, Gurgaon and his collaborators from Indian Association for the Cultivation of Science, Kolkata synthesized five types of gold nanoparticles, each coated with one of five different functional groups, including the histidine based polymers. The synthetic process involved the preparation of gold nanoparticles, followed by polymer coating, culminating with conjugation chemistry.

Among the five types of nanoparticles, the histidine based polymer coated particles were found to be most effective in restraining amyloid fibrillation. Also, inhibition of amyloid growth improved with greater concentration of nanoparticles. A transmission electron microscopic analysis of the fibrillation process revealed that, in most cases, the nanoparticles would attach themselves to the growing end of the fibrils, curtailing any further growth.

Apart from nanoparticles, small molecules and functional polymers can also inhibit amyloid fibrillation. However, nanoparticles are found to be the most efficient among the lot. They can restrain, delay, and sometimes accelerate the fibrillation process, depending on their chemical functional groups. Interestingly, histidine effectively blocks fibrillation only in nanoparticle form, and the researchers found it ineffective in monomeric and polymeric forms. Such behaviour is not isolated: recently AA Vernekar and colleagues reported similar contrasts in the behaviour of vanadia nanoparticles and its bulk form.

“The nanometer length scale is between molecular and bulk material scales. The histidine molecule is small, soluble and can easily move around inside the body. But it has only one functional unit, and this may limit its capability. Functional nanoparticles (nanoparticle coated with histidine) have good solubility and multiple functional units. This ensures easy access and more efficient interaction with biological interfaces”, explained Nikhil R Jana, Assistant Professor at the Indian Association for the Cultivation of Science, one of the collaborators in this study.

The researchers analysed the role of the histidine based polymer coating and found that the coating introduces both positive and negative charges, and weak hydrophobicity. The positive charge comes from its amine and imidazole ring, the negative charge from carboxylate, and weak hydrophobicity from the imidazole and methylene groups. It is a known fact that particles with only cationic or anionic charges are not efficient in checking fibrillation.

Having found way to cut down amyloid fibril growth, the researchers are thinking of dissolving the amyloid fibrils with appropriate functional nanomaterials. ​“In addition we would like to make a functional biopolymer micelle (nanoparticle form of polymer) that can enter the brain and dissolve the deposited amyloid fibril that leads to Alzheimer’s disease”, he said.