Male songbirds don’t make mistakes. They exert creative licence when they are not singing to a female. Scientists trace variations in birdsong to Area X in the brain.

The cadence of birdsong, be it a robin’s lonely winter warble, the chip-chip-chip of a chaffinch or the piercing trill of a koel heralding the onset of spring, demands the attention of even the most apathetic listener. There are at least 4,000 known species of songbirds in the world, and they have inspired not just poets and artists but also scientists who are still decoding the function and mechanics of these songs. A red-eyed Vireo can belt out more than 20,000 songs in one day; a brown Thrasher learns 2,000 distinct tunes; and a Henslow’s Sparrow seems to favour only one song. What these birds, and in fact most male songbirds have in common, is that they sometimes deviate from the original tune when they sing alone. 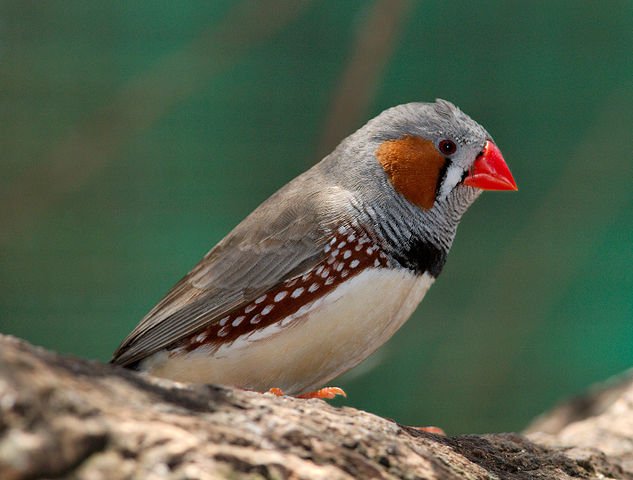 A team of researchers from India, Canada and the United States recently discovered that the male songbird is not only aware of when it is singing alone or to a female, but also modifies the tune accordingly. The study suggests that these variations may not be errors in the bird’s recollection of a song as much as an exertion of artistic licence. The scientists identified the exact location in the basal ganglia responsible for the variations and off-key notes that sometimes creep into a songbird’s music. The basal ganglia is a group of nuclei at the base of the forebrain, interconnected with several brain regions and plays an important role in motor control and learning.

Male songbirds learn to sing during their developmental juvenile phase through rote learning by mimicking an older male, usually their father. In some ways, it is similar to how children learn from their parents. ​“Apart from humans, dolphins, and bats to an extent, songbirds are the only animals that learn to vocalise. All other animals, including primates have innate vocalisations,” said Raghav Rajan, Principal Investigator at the Indian Institute of Science Education and Research (IISER), Pune. For this study, Rajan was part of a team of scientists led by Sarah Woolley from McGill University in Montréal, Canada.

In a report published by McGill University, Woolley explained that the variability is not an accident but a conscious act on the part of the male songbird. ​“As adults, they continue to produce this learned song, but what is interesting is that they keep it just a little variable. The variability isn’t a default, it isn’t that they can’t produce a better version; they can — in particular when they sing to a female. So when they sing alone and their song is variable it is because they are actively making it that way,” said Woolley.

Led by Woolley, the team worked with the zebra finch, a bird that is native to parts of Asia and Australia. The study’s findings were published in Neuron in April 2014.

Two neural pathways in the brain are activated when a bird learns and vocalises a song. One set of neurons from the HVC connects to the motor neurons, which control the bird’s voice muscles, via a nucleus called the RA. A second set of neurons connects to a basal ganglia nucleus that has a mysterious-sounding name, Area X. Information from Area X is relayed to the DLM (thalamus), and from the DLM to a nucleus called the LMAN, which also plays a key role in the learning process.

During the trials, researchers monitored the activity of different neurons, how the cells behaved when a songbird introduced variations in the notes, and the social context of the variations. Was the bird singing alone or was it attracting a female?

The scientists found that the function of the basal ganglia is to not only detect but also control context variability in a songbird’s music. It is known that the LMAN plays a role in the variations of a birdsong, but the team wanted to uncover the original source. To do that, they had to monitor the neural pathways and all the nuclei in the basal ganglia.

Each member of the team studied a specific pathway. Rajan recorded activity from the HVC neurons that provide input to Area X, and found precise singing related firing. ​“By looking or studying the patterns of the neurons firing, we were unable to make out whether there was context variability or not,” he said. There was no variation there.

If the brain is a treasure map, then X marks the spot. The researchers traced the variations to the neurons fired from Area X. ​“It is Area X that detects the context and acts accordingly,” said Rajan, who is working with the zebra finch in a new study.