The adaptable garden plant Lantana camara has been spreading across India and edging out native species for two hundred years now, despite all efforts to control its growth. Scientists suggest that we could more effectively manage the plant by focusing our attention on riverside habitats.

New work by ecologists at the Indian Institute of Science (IISc) , Bangalore suggests that riverside habitats are particularly vulnerable to invasion by the exotic plant Lantana camara. The adaptable woody shrub has spread inexorably across parts of Asia, Africa and Oceania over the past two hundred years, edging out native species as management strategies struggle to contain its growth. A recent study, published in The Journal of Biosciences by Geetha Ramaswami and R. Sukumar, found that although lantana is widely spread, the plant tends to concentrate alongside rivers. This may be because lantana seeds spread through moving water, or else simply because riverbanks present a favourable moist habitat. Management of the invasive species could therefore be refined by targeting river-side habitats as high risk zones. 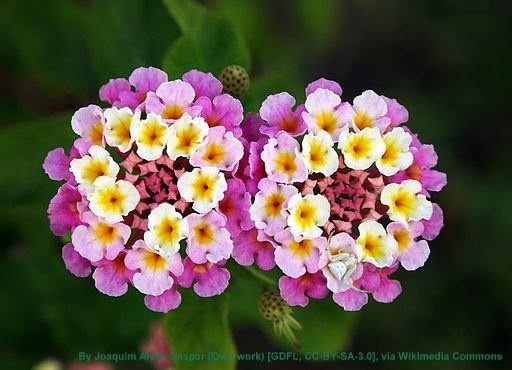 “It’s really difficult to get rid of lantana,” explains Ramaswami, a graduate student at the Centre for Ecological Studies, IISc. ​“Even after fires, if the above ground part of the plant is burnt, it’ll just sprout back from the root because the root is protected by soil.” The latter property is called coppicing: like the mythical hydra, so long as the root remains intact, lantana has the ability to sprout new heads. Spread of the plant is also aided by copious seed production and by a high degree of genetic diversity, which allows lantana to adapt to diverse habitats.

A century of labour-intensive management, which involves manually pulling out plants with the root system, has done little to halt the expansion of lantana, within India or in its other adopted habitats. Given this, one possible way forward is to identify factors in the environment that allow lantana to gain a foothold. Earlier work by Ramaswami and Sukumar in Mudumalai Wildlife Sanctuary found that lantana density tended to rise after periods of drought and fire, as well as with proximity to streams. Expanding upon these results, the present study looked in detail at the impact of fire history, rainfall history, shade from adjoining trees and distance from streams on lantana density across a larger and more heterogenous area in Mudumalai. All of these factors have been linked to the spread of invasive species in the past: just as fire can open up space for a novel species to intrude, moderate levels of sunlight (controlled by shade) and plentiful water can allow new plants to take root and survive.

The strongest link found by the present study in Mudumalai was between lantana density and proximity to water. ​“We have shown a positive correlation with water bodies and streams,” says Ramaswami. The impact of fire history, however, appears to be less straightforward. Although the immediate result of fire may be to give lantana space to expand, frequent fires over a period of many years do not appear to be conducive to lantana growth. Clearly, the study opens the way for new avenues of questions. Proximity to streams itself can mean multiple things: lantana may be taking advantage of the increased water supply, or it may also use water as means of dispersing seeds to newer areas. ​“We generally think about lantana spreading through birds or human vectors,” explains Ramaswami, ​“but water is possibly another medium by which lantana is spreading to completely new areas.”

The study has implications for lantana management, which could potentially focus its efforts on stream-side habitats in order to control the plant’s spread. In addition, however, there are many unanswered questions about how lantana might be impacting the ecology of water bodies. ​“Woody plants like lantana have long-term consequences for streams,” explains Ramaswami. Invasive woody plants with spreading root systems may impact how ground water is stored, for instance, or reduce stream flow. ​“They can change the hydrology of the area. This should open up an entire slew of research questions that need to be pursued.”