Small aggregates of the amyloid beta peptide, called oligomers, have been implicated as the initiators of Alzheimer’s disease. Getting a clear picture of their structure can help to design drugs that target them. They are incredibly short-lived, unfortunately, and disintegrate in a matter of minutes. Even sophisticated imaging tools are unequal to the task. 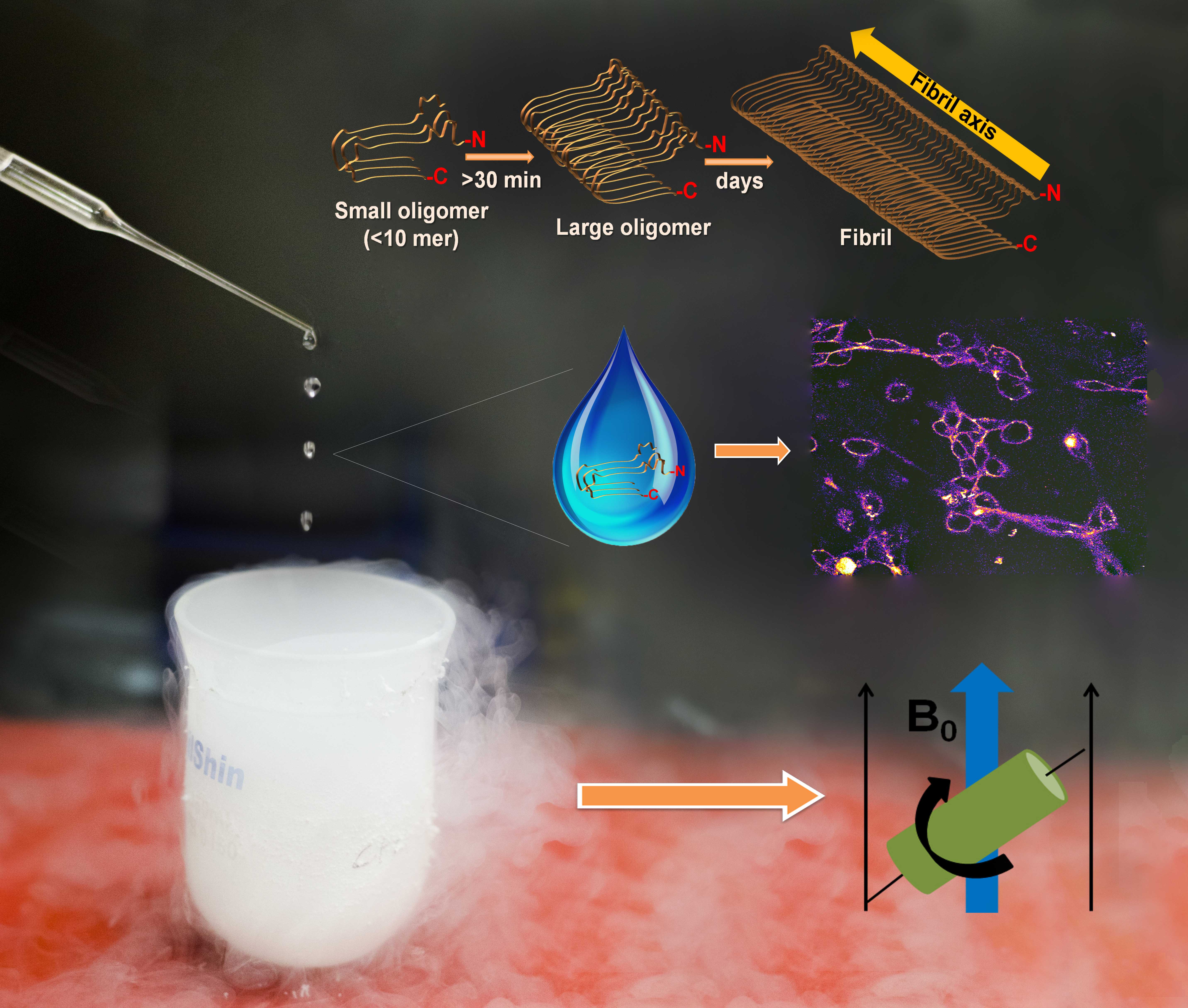 Two research teams from the Tata Institute of Fundamental Research joined hands, and techniques, to successfully probe the structure of these toxic oligomers. ​“We have been listening to each other’s work for several years now. We realized that we have two techniques — fast fluorescence techniques and solid state nuclear magnetic resonance (ssNMR) spectroscopy — that are completely complementary,” said P. K. Madhu, whose team specializes in ssNMR spectroscopy. We thought that if we marry both these techniques then we have a unique advantage,” said P. K. Madhu, who led the ssNMR half of the collaboration.

Fast fluorescence techniques quickly identify the oligomers, in a matter of seconds, even in very dilute samples. They cannot, however provide good structural resolution. While ssNMR spectroscopy can map structures with atomic precision, it can take several days to analyze a sample using this technique. The oligomers picked out using fluorescence had to be flash frozen before they could be analyzed by ssNMR. ​“This was the trickiest part. We spent more than eight months coming up with the optimal conditions in which this process could be carried out successfully without ruining the sample,” said Bappaditya Chandra, a graduate student who worked on both techniques.

“To our knowledge this the first time that these two techniques have been combined to study quasi-stable protein structures. It is not limited to amyloid beta oligomers and can be used to probe any short-lived protein,” said Sudipto Maiti, whose group performed the fast fluorescence experiments.

By uniting the strengths of these reciprocal techniques, the researchers compared the structure of the transient oligomers with that of the larger aggregates of the peptide, called fibrils, which are more stable and less toxic than the oligomers. They zeroed in on two regions of the peptide that were structurally unique to the oligomers. Curiously enough, most of the known disease-causing mutations can be traced to these very regions of the peptide. ​“What it suggested to us is that these two regions must play an important role in the interactions that make them toxic,” said Maiti.

Their results, published in Angewandte Communications, have important implications for drug design. Among the different types of therapeutic treatments that are being developed to fight Alzheimer’s, some are designed to target the amyloid beta peptides. ​“Our NMR data provides signposts to the vulnerable regions. Only a drug that affects these regions is likely to be in business,” concluded Maiti.