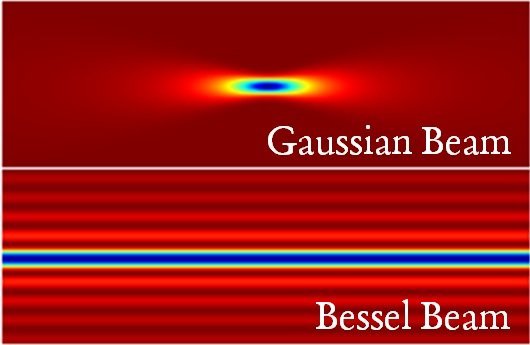 Recognition of one’s achievements is always gratifying. Awards therefore play an important role as a mark of professional recognition within the scientific community. The INSA Young Scientist Award was established in 1974 to distinguish scientists who have made notable contribution within their field. Each year, 30 promising scientists below the age of 35 are selected by a committee for the award. Nominations are called for each year around April/​May and an INSA appointed committee selects the awardees.

The award comes with a medal and a cash prize of Rs 25000. More importantly, it is the most prestigious award for a young scientist in India. The entire list of young scientists selected for the year 2012 are listed on INSA’s website

For this blog, I interviewed one of the awardees — Dr. Partha Mondal, Assistant Professor, Department of Instrumentation and Applied Physics, Indian Institute of Science, Bangalore. The award recognizes his pioneering work on advanced microscopy systems. Today’s microscopes boast of resolutions of a few nanometers, allowing researchers to image single molecules. But we still want more — even better resolution, faster imaging and deeper scanning. His recent work is focused on the last goal – deeper scanning. ​“What do we mean by deep?”, I ask. It turns out that the power of, super-resolution of, microscopes are limited to the near surface — they cannot probe effectively beyond a depth of a few tens of microns. Explaining why this problem arises, Dr. Mondal says ​“In the biological complex tissue, there are a lot of interfaces that have different refractive indices, and this diffracts the beam. So the light is scattered away very quickly as it probes deeper.” Achieving the ability to image in the deep would bring cell behaviours and tissue interactions directly within sight, so to speak. Prof. Mondal and his research student, Subhajit Purnapatra, are exploring techniques could vastly improve depth imaging and hope to make imaging at least skin deep.

Typically, Gaussian light beams are used in microscopy and are easily scattered. Since scattering is the biggest deterrent to looking deeper, they proposed using beams of light that resist scattering. Beams with this property are called Bessel or Bessel-like beams. They can be produced by means of special lenses called axicons. This technique is well-known and has been in use since the late eighties. “[Using this technique], we have shown that we can go to a depth of 650 microns. In microscopic scales, this is big. Now, we are looking to see whether we can go as deep as 1000 microns. If this is achieved, you can actually see cell functioning deep inside the specimen, and in its natural environment,” says Prof. Mondal.

In addition to developing this technique further, his lab also explores several other approaches to hi-resolution imaging. Among these is the use of a microfluidic platform. ​“Microfluidics uses micron-sized channels through which you can flow cells. If you have a proper illumination and detection system — it is basically a microscope. If you shine Bessel beams as the cells flow past, you can zoom into the cell and examine them, on-the-go!”, says Dr. Mondal. Another area he seeks to develop is increased time resolution. Most super resolution techniques focus on spatial resolution, or the ability to tell two closely spaced objects apart. They achieve better resolution by taking a large number of images over time and averaging the results. This means that they have very poor temporal resolution, or the ability to catch changes happening in the specimen with time. To tackle this problem and make live cell imaging a reality, ​“the first thing needed are faster computing engines”, says Dr. Mondal. ​“We are also working on ​‘FPGA based’ fast processing engines in our lab and at IISc. These are many processors that are clubbed together in parallel. They are the intermediates between the microscope and the computer. They enable live imaging. In fact, when the experiment is being performed, if cell parameters (like temperature and pH) need to be changed, you can do it live,” he adds. With a plethora of highly advanced systems at his disposal, he looks forward to collaborating with biologists to demonstrate their capabilities by examining challenging biological problems.