This study, published in PLoS One, was a joint effort by researchers from institutes in India as well as Norway. The subjects were children from urban slums of Tigri and Dakshinpuri in New Delhi, who were enrolled in a vitamin B12 supplementation trial. The research team used data from this trial to observe trends linking vitamin D deficiency to common childhood infections like ALRI, clinical pneumonia and diarrhoea.

In developing countries, ALRI is one of the main causes of death in children below 5 years of age. It is characterised by one or more of the following signs: fast or difficult breathing, in-drawing of chest wall and abnormal bronchial breath sounds. Additionally, deficiency of vitamin D affects bone structure and can lead to impaired functioning of immune system as well as neuromuscular system.

The research team found that 34.5% of the subjects showed a deficiency of vitamin D (with levels less than 10ng/​mL or 25 nmol/​L) along with a higher risk of ALRI. 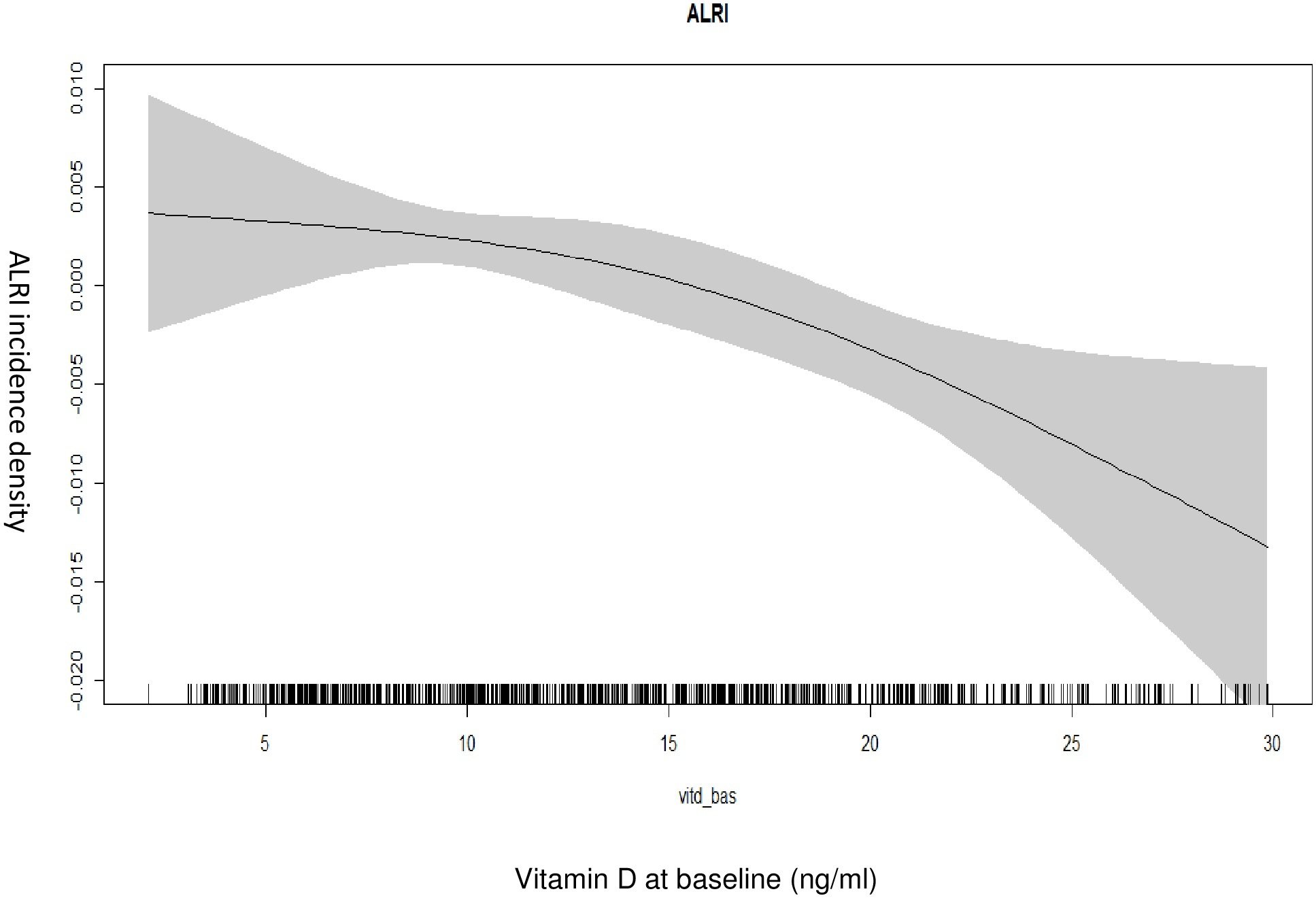 Plasma vitamin D concentrations were seen to be greatest in the months of May-July, evidently since these months have the longest daylight duration. Children who enrolled in the study around the months of January and February (months with shorter daylight duration) showed decreased baseline vitamin D levels when compared to children enrolled later. There was no relation seen between vitamin D status and occurrences of diarrhoea or clinical pneumonia.

Ranadip Chowdhury, research scientist from the Centre for Health Research and Development, Society for Applied Studies, New Delhi and lead author of the study, believes vitamin D deficiency has reached ​‘epidemic proportions’ in India. He says, ​“The situation is worse in north India because of restricted outside activities, in combination with atmospheric pollution.” Maximum production of pre-vitamin D3 is seen when the solar zenith angle is about 15° or lower, which is usually around 11am to 2pm in the day. However, most people avoid being outdoors at this time to escape the uncomfortable heat. Vijayalakshmi Bhatia, paediatric endocrinologist at Sanjay Gandhi Postgraduate Institute of Medical Sciences (SGPIMS), Lucknow cautions, ​“Useful UV light is available from approximately 10am to 3pm (only), along the latitude that Delhi is situated in. Incident energy of the rays in winter falls to a third of that in summer. We need that significant portions of our skin not be covered with clothes so there is direct exposure to beneficial UV rays.” She also says, ​“People must be made aware to optimise their vitamin D and calcium intake through locally available foods over different seasons.”

Studies indicate that vitamin D deficiency is also seen in pregnant women as well as in their newborns in northern India. This can be blamed on the Indian diet, which is often high in phytate. Phytate is chiefly found in plant tissues, including the bran portion of grains. Being indigestible, phytate, during its journey out of the human gut, chelates calcium, leading to decreased absorption of calcium in the intestine.

How do we then ensure that our children continue to get their daily dosage of the sunlight vitamin? Chowdhury says, ​“Fortification of milk with vitamin D is an effective strategy in India as milk is widely consumed. Other suitable candidates for fortification are oil, cereal flours, and salt.” Chowdhury is convinced that India needs a national program of vitamin D supplementation for children as well as for expectant mothers. An effective government policy coupled with public awareness might help shine light (quite literally!) on this epidemic and aid in its prevention.