Posted on Jul 09, 2015 in Career Development, Funding and Database/Resource

Are you looking for opportunities to pursue a research career in Europe? Would you like to collaborate with a European lab to take your research further? EURAXESS Links India is the place to go to find the relevant information and contacts. It is the Indian chapter of EURAXESS Links, a networking and information tool for any researcher, European or non-European, who wants to pursue his/​her research career in or with Europe. 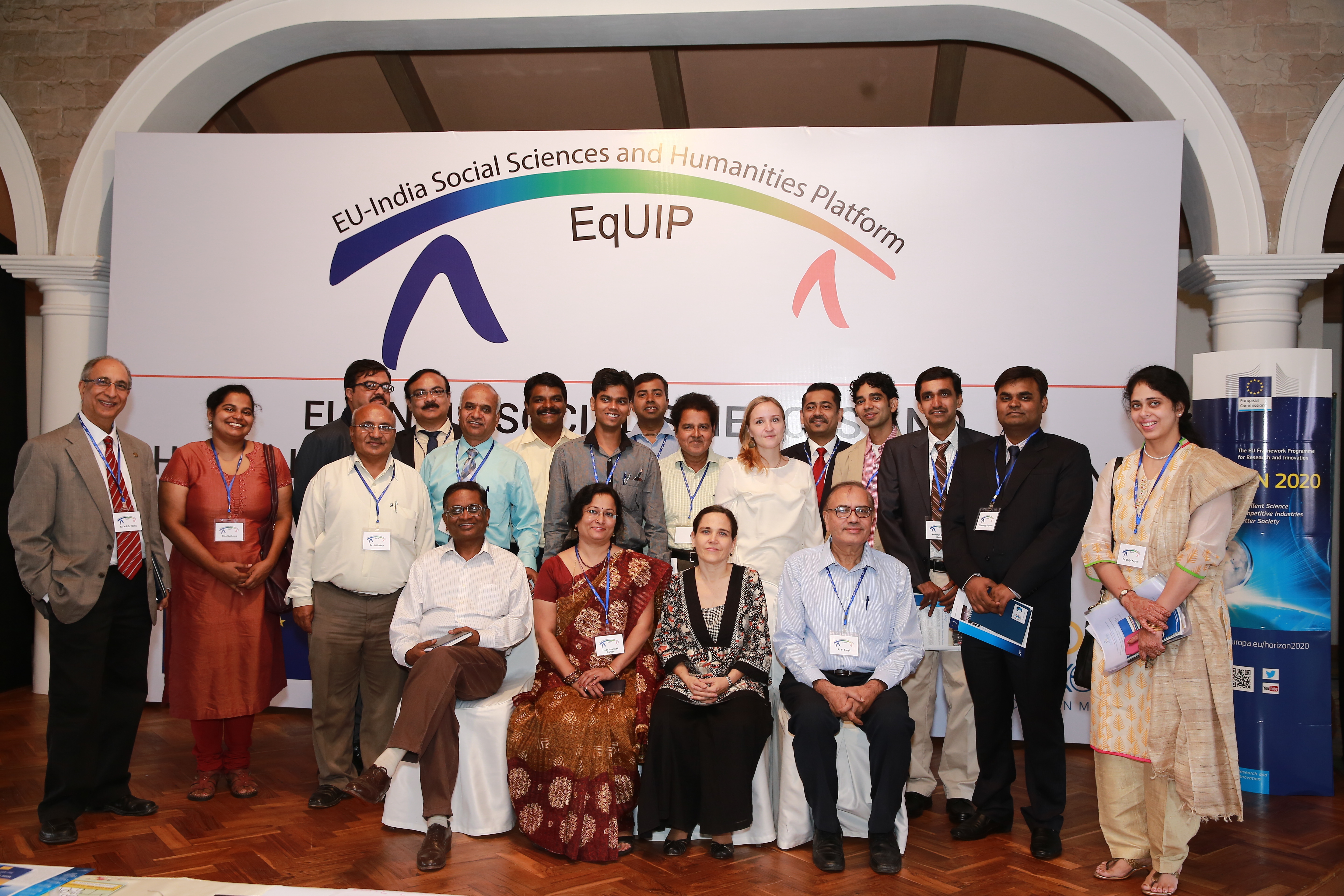 EURAXESS Links is present in six locations globally. The Indian chapter was established in 2011. In November 2014, the first EURAXESS Links Office was inaugurated in New Delhi. Offices have since been opened in Washington D.C. and Tokyo. Membership to the EURAXESS Links India community is free. The website has news about Europe and India, Indo-European collaborations and innovation, funding opportunities, jobs and events. This information is also disseminated through a monthly newsletter, which goes out to the community, 70% of whom are in India and the rest in Europe.

“Researchers can also write to us with individual queries and we respond personally,” said Ainhitze Bizkarralegorra Bravo, Country Representative, EURAXESS Links India. She also makes presentations across India on how EURAXESS can support researchers and help them find their way in Europe. The talk covers EU Funding opportunities for individual researchers such as the Marie Skłodowska-Curie Actions fellowships, the European Research Council grants and collaborative projects under Horizon 2020. ​“In the last two years, I have made these presentations about 25 times. These can happen anywhere in India, we are open to receive invitations to go and meet researchers,” said Bizkarralegorra Bravo. 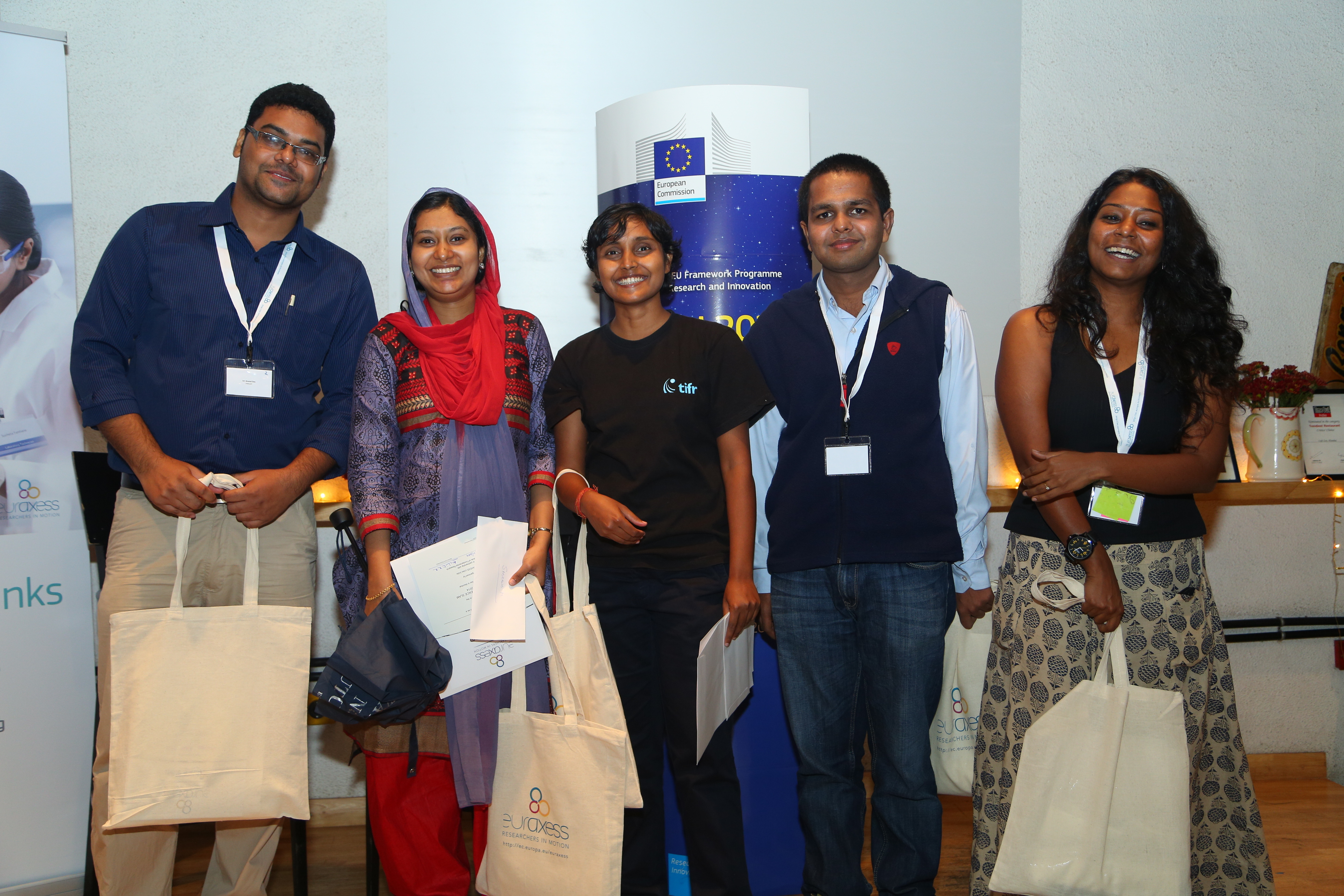 They also organize events, most of which have a strong networking component. In 2014, they organized a EURAXESS Connect event that was linked to the launch of ​‘EU-India Social Sciences and Humanities Platform (EqUIP)’. This year, an upcoming event in Kolkata will share information on how scientists can advance their careers in research and innovation in Europe. The annual EURAXESS Science Slam, a fun event that challenges researchers to share their work with experts and non-experts in an entertaining yet intelligible manner, was first organized by EURAXESS Links India in 2013. The third edition of this science communication challenge will be announced in a few days time.

The success of the initiative is seen in the increase of membership in the EURAXESS Links India community, which is now about 2000 people strong. Other measures of the impact they have are the increasing number of Indian applicants to European research programs and the number of queries they receive from individual researchers. ​“We also see an increase in the number of visitors to our website,” said Bizkarralegorra Bravo. ​“We take particular care to ensure that the old visitors also keep coming back,” she added.

Bizkarralegorra Bravo has been with EURAXESS Links India since the beginning of 2014. The most rewarding part of her job, she says, is to see that one has motivated researchers to work in or with Europe. She enjoys interacting with many different people and draws satisfaction from successfully making events happen. Commenting on what makes Indians unique, she said ​“One thing is that most people here are already multi-lingual, so they shouldn’t be afraid of considering a non-English speaking country. Learning a new language will add a lot to personal development and open up opportunities in new markets — non-English countries can be easier to secure grants in. It’s a huge plus.”